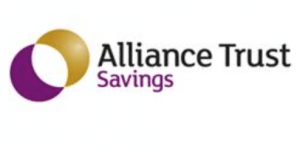 Alliance Trust Savings (ATS) returned to profitability, delivering an uplift on continuing business before non-recurring expenses of £1.242m for the full year to 31 December.

The figures accompanied the group results statement in which chairman Lord Smith spoke of a year of “considerable change” for the Dundee-based business.

Operating income at ATS grew  57.9% to £21,627k. Results have been driven by the acquisition of the Stocktrade business and organic growth from both the direct and intermediary channels.

The establishment of a standalone board and governance structure has given ATS the focus it said it needed to deliver the strategic business plan and significant organic growth.

Assets under administration increased 60% year on year, while the number of customer accounts grew by 31%. Currently ATS administers assets for more than 110,000 accounts.

Patrick Mill, chief executive, said: “We have a number of strengths in the platform market including one of the broadest investment ranges, a banking licence, the backing of a strong parent, independent of banks and life company product providers and a diversity of distribution channels incorporating direct, intermediary and partnerships.

“Over the last year, the completion of the acquisition of Stocktrade and the investment in technology have been a key focus. In 2017, our new platform will open to new intermediary business, followed by the migration of existing intermediary clients.

“This technology will then be implemented in the direct channel along with a new and enhanced proposition, leaving us well-positioned to accelerate growth across all three distribution channels.’

Lord Smith of Kelvin, chairman of Alliance Trust group, said: “The last two years have seen considerable change for Alliance Trust and we are very appreciative of the strength of support shareholders have shown.

‘”With a clear course of direction and a settled shareholder register, we believe that Alliance Trust is now well placed for the future. The clear focus of the Board and Willis Towers Watson (WTW), the new investment manager, is to generate a real return for shareholders through a combination of capital growth and rising dividends.”