Rangers in no rush to hire director of football 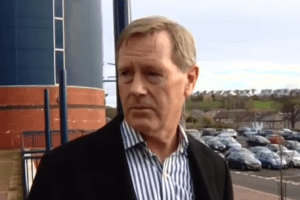 Rangers have changed tack in their search for a director of football, with the club no longer regarding the appointment as a priority.

The Ibrox outfit had originally been keen to fill the newly-created position as a matter of urgency following the change to the football management structure in the wake of Mark Warburton’s departure.

However, the recent arrival of new boss Pedro Caixinha has signalled a change in approach, according to chairman Dave King.

“Initially when we were looking at the changes, ideally we’d have liked that done before the manager. There is not as much rush now,” said the Light Blues’ chief.

“But now that we have the manager in place and now that he is working through that player plan in any event, there’s less pressure on an immediate plan for a director of football.

“We want to make sure that we get the right person and it certainly won’t be rushed.”

Southampton’s head of recruitment and scouting Ross Wilson is believed to have turned down the chance to become the Gers’ first Director of Football, opting instead to remain with the Premier League team.

Caixinha is said to be considering appointing former Ibrox captain Barry Ferguson as his No. 3, with ex-defender John Brown also in the frame to join the backroom team.

King, meanwhile, has claimed his running of the club is not compromised by him remaining in South Africa for the vast majority of his time.

“Do I think it would be better for me to be there, yes,” he said. “But in terms of the workload and in terms of what I do, in terms of dealing with emails and the issues and the litigation and all the things that I’m personally involved in; the board issues and coming to board meetings, whether I was living in Edinburgh or living in Castlemilk or living in Johannesburg would make absolutely no difference whatsoever.

“There are comments about why I met Pedro so late. The fact is if I was at Ibrox it would still have been a sub-committee who we would have appointed to do that work. It’s the right way it should be done.

“The chairman should not be involved in selection and giving a mandate to those who are mandated to run the football club.

“We have an operating board. That operating board is expected to do their job within the budgets and the structures around them and that is how it would work. And whether I’m in Johannesburg or not would make absolutely no difference to that process.”