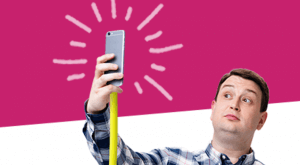 Telecoms provider Plusnet, a BT owned company, has been fined £880,000 by Ofcom for continuing to bill more than a thousand customers who cancelled their service.

The regulator found that customers collectively paid £500,000 in incorrect charges.

It said that “once a customer cancels his or her home phone or broadband service, providers’ billing systems must recognise that the line is ‘ceased’. In this case, an error in Plusnet’s billing system meant that cancelled lines were still recognised as ‘live’.”

As a result, 1,025 customers who had cancelled either their landline or broadband service continued to be billed.

Lindsey Fussell, Ofcom’s consumer group director, said: “There can be no margin for error, and no excuses, when it comes to billing customers correctly.

“This fine should serve as a reminder to telecoms companies that they must adhere to Ofcom’s billing rules at all times, or face the consequences.”

Plusnet has made repeated attempts to refund all affected ex-customers by letter and by phone. It has refunded 356 customers a total of £212,140, which included interest at a rate of 4% for each customer.

The company has donated the remaining funds to a dozen local charities, in lieu of payments owed to customers whom it could not contact. Plusnet has also made clear to Ofcom the steps it has taken to prevent any future billing errors of this kind.

The fine, which must be paid to Ofcom within 20 working days, will be passed on to HM Treasury.

The penalty incorporates a 20% reduction to reflect Plusnet’s willingness to enter into a formal settlement, which will save public money and resources. As part of this settlement, Plusnet admits and takes full responsibility for the breach of Ofcom’s billing rule.