All levels of sport to benefit 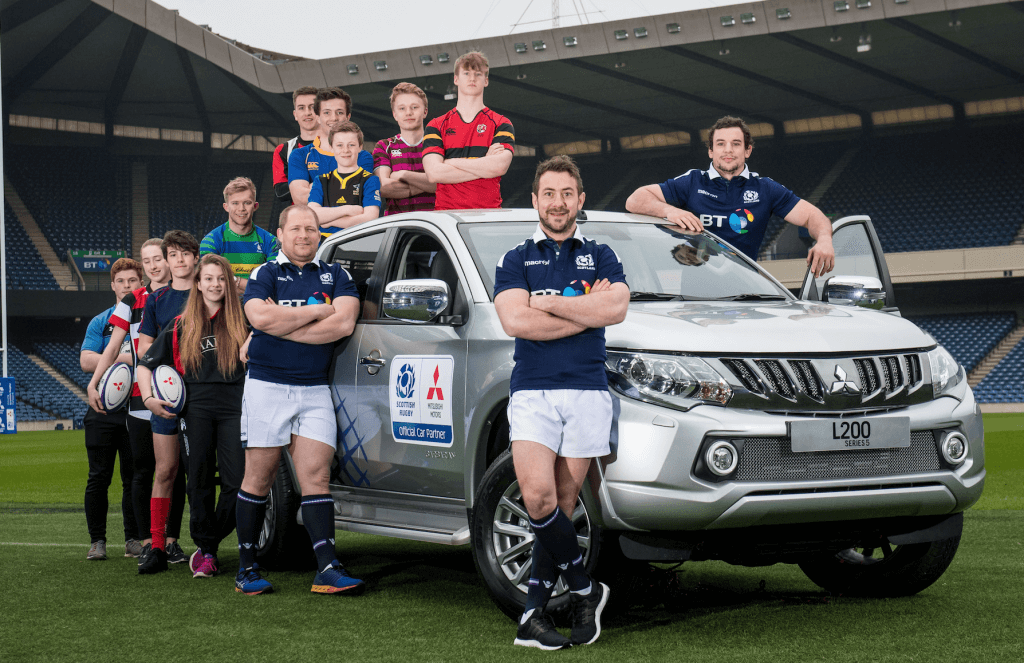 Mitsubishi Motors UK will be a new driving force in Scottish sport after being named an official partner of Scottish Rugby.

The agreement clicks into gear in May and will see the Japanese car giant further strengthen its support of youth rugby north of the Border as the title sponsor of the Schools & Youth Conference. It will also support all levels of the game from grassroots through to the professional set-up and elite squad.

The Mitsubishi Motors Schools & Youth Conference programme has enjoyed two years of success since its launch in 2015, with more than 250 clubs or schools taking part last year alone.

As well as its involvement in the Conferences, Mitsubishi Motors UK will now work even more closely with grassroots clubs across a number of additional projects.

The partnership will see a ‘kit for clubs and schools’ scheme, providing them with access to training and match kit to further develop Mitsubishi’s involvement at the heart the game.

The new deal further reinforces Scottish Rugby’s links to Japan after signing its landmark Strategic Alliance Agreement with the City of Nagasaki in August 2016, which will see the Scotland national team hold a pre Rugby World Cup 2019 camp in the city ahead of the tournament.

Scottish Rugby’s chief operating fficer, Dominic McKay, said:  “Mitsubishi is a globally recognised brand so we look forward to working closely with them in a further example of our strong links with Japan.

“Their commitment to rugby from School & Youth Conference level, supporting Edinburgh Rugby as a sponsor, right up to the national squad will be hugely beneficial to the long-term success of Scottish Rugby.

“The Conferences have made a fundamental difference to how young people enjoy their first taste of competitive rugby and experience the social and physical benefits of the game.

“Mitsubishi’s sponsorship and support of this initiative will help develop the profile of the Conferences as a cornerstone of our youth rugby work.”

Lance Bradley, managing director of Mitsubishi Motors in the UK, said: “We are delighted to play a part in the future of Scottish rugby, particularly as their pioneering approach to youth sport mirrors the innovative culture at the heart of our business. We’re looking forward to being involved in Scottish Rugby at all levels of the game.”