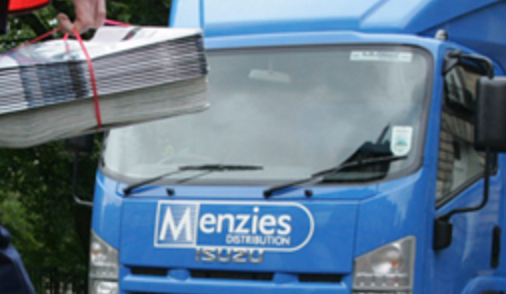 Menzies Distribution is expected to merge its operations with DX in a £60 million cash and shares deal to create a 24 hour UK wide logistics network.

The two companies estimate that the combination would generate cost synergies of between £8m and £12m a year.

The proposed deal is a reverse takeover in that Menzies shareholders will own the greater number of shares and its senior executives will take the top roles in the new company.

DX is expected to acquire Edinburgh-based Menzies Distribution on a cash and debt free basis which will include an issue of new DX ordinary shares. The cash element will come from a new loan.

About 17% of John Menzies’ defined benefit pension scheme would transfer to the enlarged group.

The boards of DX and John Menzies currently anticipate the transaction will be completed during the summer. Discussions are ongoing and there can be no certainty that a transaction will occur.

Greg Michael was appointed managing director of Menzies Distribution on 1 January 2017. He has previously held senior positions in DHL and Deutsche Post and has a successful track record in managing and driving companies’ growth performance within the logistics sector.

Paul McCourt joined Menzies Distribution in 2014 from Ingenico Northern Europe and Iberia where he was finance and operations director. Before that he spent 10 years with PricewaterhouseCoopers as a senior manager followed by 3 years at Grant Thornton as a director.

DX shares were suspended from trading on AIM at 7.30am today, pending either publication of an admission document containing detailed information on the proposed transaction or the termination of discussions.

Menzies, a one-time high-street newsagent before selling its stores to WH Smith, is focusing on aviation services having bought ASIG, a leading provider of fuel management services at leading international airports, in a $202m deal last September.