Concern over cost of deal 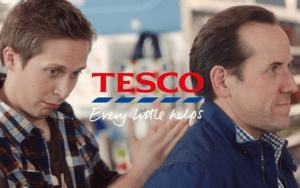 Two of Tesco’s biggest shareholders want the supermarket group to withdraw its £3.7 billion offer for wholesaler Booker as they believe it is paying too much.

Schroder Investment Management, which owns 4.49%,  and Artisan Partners, with a stake of 4.48%, have urged Tesco’s management to think again.

The letter says: “All management teams believe that their acquisitions will create value. However, there is compelling academic and empirical evidence that, on average, acquisitions destroy value for acquiring shareholders.

“We believe that the high price being paid for Booker makes the destruction of value even more likely.”

Daniel O’Keefe, lead portfolio manager of Artisan’s Global Value funds, told the Reuters news agency that buying Booker was a distraction for Tesco’s management and a risk not worth taking.

“Booker is a new business for Tesco, it’s going to involve a lot of distraction for management, unforeseen risk, and unforeseen issues,” he said.

O’Keefe said Artisan had expressed its concern over the merits of the deal to Tesco management.

> Tesco has agreed to pay a fine of £129m to avoid prosecution for overstating its profits in 2014.

It has reached a deferred prosecution agreement with the Serious Fraud Office (SFO) after a two-year investigation.

The SFO said Tesco had co-operated with the investigation and had undergone an “extensive” period of change.

Tesco has also accepted a finding of “market abuse” from the Financial Conduct Authority and will compensate investors who bought shares or bonds between 29 August and 19 September, which Tesco estimates will cost it about £85m.

Dave Lewis, Tesco chief executive, said: “We have fully cooperated with this investigation into historic accounting practices, while at the same time fundamentally transforming our business. We sincerely regret the issues which occurred in 2014 and we are committed to doing everything we can to continue to restore trust in our business and brand.”