Apprenticeships in the limelight

The first and most obvious thing about the two women at the helm of training business Limelight is the colour. Not so much the name, as their clothes.

Both wear what is practically dayglo lime at every business opportunity. And it isn’t easy to find.

“Have you tried buying lime-coloured clothes?” asks Monica Black (surely a name that lends itself to an easier selection process). “Whenever I see anything lime I buy it!” she says.

Choosing the name and the colour was one way of getting noticed and presenting an image of what the business is about. “It helped to conjure up the values we wanted: vibrant and fresh,” says Black. “And, yes, we did like the colour.”

The pair met 20 years ago at Standard Life and acquired the firm that provided training services to the life and pensions company. They rebranded and reworked it and turned it into a business now operating across 80 sectors.

This week they will be holding a celebratory event at Urban Village at Crewe Toll to mark the achievements of apprentices, employers and other stakeholders.

It takes place during National Apprenticeship Week which kicks off today to highlight the importance of training for a trade.

New research published today by insurance firm Prudential found that half of 16-18 year olds in Scotland admit to not knowing about apprenticeship opportunities and 67% do not know which employers offer them.

“The message on the wide range of opportunities available, with more than 1,500 job roles across a range of 170 industries on offer throughout the UK is not getting through with too many school leavers not being aware of the career options available,” he said.

Black and McFarlane agree that more work needs to be done to raise the level of general understanding of apprenticeships.

“Parents still want their children to study for a degree and many still feel they have failed if they don’t go to university,” says Black. “But apprenticeship qualifications can be very demanding and they have enormous value to those who choose a different route to building a career.”

McFarlane notes that a number of employers, such as the Big Four accountancy firm EY, have removed a degree as the minimum entry requirement.

“We are not rubbishing the university option. It’s just that an apprenticeship can give a student a career that is right for them,” she says.

The pair hope that if events like Apprenticeship Week achieve anything it is to change perceptions and attitudes.

While a quarter of their students are in the construction industry, another 30% are working in sports and health-related industries, administration, retail and other customer facing sectors.

Prudential will this year create opportunities for up to 22 young people at three locations, including Stirling, who will be paid the National Living Wage. BT is creating 145 apprentice roles across Scotland.

Limelight works with a number of partners, including Skills Development Scotland, colleges and employers and delivers qualifications with the help of a small group of associates, the so-called “Lime Squad”.

They seem to be getting results. The success rate is 90% compared to the national average of 76%.

“We invest a lot of time working with employers,” says Black. “And, to be frank, if the apprentices don’t get their qualifications we don’t get paid.” 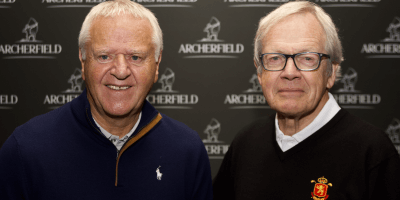