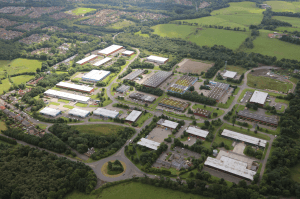 Four lettings have been announced in newly-refurbished units at one of Scotland’s biggest industrial estates, Brucefield Industry Park at Livingston.

Instock Disposables, which provides cleaning and catering equipment, has expanded with a deal for 32,000 sq ft at 2 Hutton Square and will take on ten extra staff.

The other new tenants include a signage firm which is opening its first depot in Scotland. Leading Edge will use its 3,100 sq ft space to service clients in the retail, hospitality and construction services.

Wind turbine servicing firm Deutsche Windtechnik has expanded its presence in Scotland with a similar size letting. The German business will use the space as a service centre for Scotland’s wind farms.

Printing business Ink on Paper has also relocated from Edinburgh to Brucefield with a 6,300 sq ft letting.

The deals follow a £650,000 investment from the landlord to refurbish nine units on the park, on which GVA and Denwolf act as joint marketing agents.

Lewis Pentland, associated director of business space for GVA, said: “The significant investment in the last year has given the estate a shot in the arm.”

Grant Scrimgeour, asset manager and joint agent, said: “It’s a great win for the local area to see these newly refurbished units attract businesses and given these successes we’re tendering a second phase of unit refurbishments, with a spend of over £500,000 anticipated.”

Over 20 agents attended a recent tour of the estate to mark the completion of the rebranding exercise and first phase of the refurbishment programme.