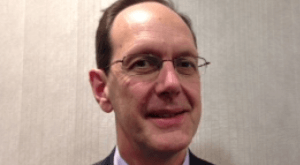 A Department for Work and Pensions (DWP) review suggests that workers under the age of 30 may not get a state pension until the age of 70.

A second report, by former CBI director general John Cridland, proposes that those under the age of 45 may have to work a year longer, to 68.

Under the first scenario anyone born after April 1986 – currently under the age of 31 – will have to wait until age 70 for their state age pension (SPA).

This would mean spending 32% of their expected adult life in retirement, against current assumptions of 33.3.

Mr Cridland’s proposals to bring in a change in the retirement age from 67 to 68 as soon as 2028 would affect those now in their late 50s.

Mr Cridland is also likely to say that those approaching retirement age should not be allowed to take their state pension early.

The review will reject calls from pension providers to look at a flexible state pension age depending on the circumstances of individuals.

Steven Cameron, director of pensions at Aegon, has said the review should allow for early access of the state pension at a reduced level if savers choose to take it early.

Labour’s shadow pensions minister Alex Cunningham also called for a variable SPA to be considered, particularly for manual workers who have a lower life expectancy.

However Mr Cridland has already described such a plan as “horrendously complicated” and, according to the Financial Times, he will recommend that people should not be allowed early access to their state pension if they are disabled or have had very long working lives.

Instead he is expected to recommend the retention of a universal SPA but provide additional support for groups such as carers.

Ros Altmann, former pensions minister, said she was disappointed that there would be no flexibility in the system.

The government is expected to make a decision on both reports in May.

One in seven have no pension plan

> Nearly one in seven people retiring this year (14%) has made no provision for their retirement, including 11% who will be either totally or somewhat reliant on the State Pension when they stop work, according to new research from Prudential.

This leaves them embarking on their retirement with an income which is up to £1,400 a year below the Joseph Rowntree Foundation’s (JRF) Minimum Income Standard for a single pensioner.

There is some good news for women – the numbers retiring without a pension has fallen to 19% from 22% last year. However, more than double the proportion of women (19%) will retire without a pension this year than men (9%).

JRF’s Minimum Income Standard for a single pensioner of £186.77 a week is a benchmark of the income required to support an acceptable standard of living in retirement. A pensioner retiring after 6 April 2017 and relying solely on the new flat-rate State Pension, would have a weekly income of £159.553, or nearly £8,300 a year – falling short of the JRF minimum standard by £27.22 a week or over £1,400 a year.

Stan Russell, retirement income expert at Prudential, said: “The State Pension is a vitally important component of pensioners’ incomes – especially as the ‘triple lock’ ensures that it increases in value every year. People throughout their working lives should be doing everything they can to ensure that they are entitled to the full amount of State Pension, including making voluntary National Insurance contributions to cover any missing years.

“However, for many working people the State Pension will always be viewed as just one aspect of retirement planning. It is therefore concerning that some pensioners who are due to retire this year will rely solely on the State Pension and will face retirement incomes of £1,400 below the Joseph Rowntree Foundation’s minimum level required to live comfortably.

“While saving is not always easy, especially when the multitude of costs in everyday life get in the way, it is important to try to save as much as you can from as early as you can, to help to avoid financial struggles during retirement.”

Prudential’s research also highlights the significance of the State Pension to this year’s retirees – including those with retirement savings of their own. On average, people expecting to retire this year estimate that the State Pension will account for more than a third (35%) of their income in retirement.