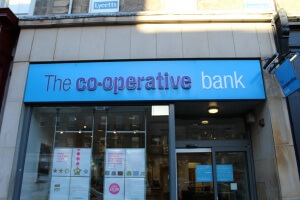 Co-operative Bank said it has received a number of expressions of interest after putting itself up for sale following its failure to meet regulatory capital requirements.

The bank, which was rescued by a consortium of hedge funds in 2013, said there was “no certainty that an offer for the bank will be made”.

It has four million customers, many of whom prefer its long association with “ethical” banking.

But after a series of failed attempts to restore its fortunes it opted for a sale of the business.

It reported a £477 million loss for 2016, its fifth annual consecutive loss

It said low interest rates and the higher-than-expected cost of its turnaround plan were to blame for its failure to meet the Prudential Regulation Authority (PRA) rules, governed by the Bank of England.

In a statement, the bank said: “A number of credible strategic and financial parties have expressed interest in the sale process and are currently evaluating information on the bank.

“The bank has requested that preliminary expressions of interest should be submitted in the first half of April.”

The Bank of England has placed the Co-op Bank under “intensive supervision”.