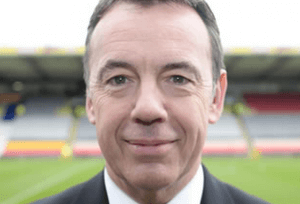 Bowleven chairman Billy Allan has resigned from the Africa-focused oil and gas group following sustained pressure from a rebel shareholder.

The board announced this morning that Mr Allan had left the AIM-quoted company with immediate effect.

He leaves after 18 months’ service and will be replaced by Christopher Ashworth, a non-executive director.

The board has confirmed that the employment contracts of both former executive directors Kevin Hart and Kerry Crawford have been terminated with effect from 31 March, and both are no longer involved in the running of the company.

The board said it continues to focus on carrying out its previously announced Strategic Review and a further announcement will be made regarding this in due course.

The company has been targeted by Monaco-based Crown Ocean Capital which has been agitating for a boardroom shake-up in order to shift the focus of the group. It accused the board of mis-using assets.

Speaking about his departure from the company, Mr Hart told a newspaper that the company had found a lot of oil and gas off Cameroon but was frustrated by geopolitical factors.

“We had a lot of success, we found a lot of hydrocarbons but we all underestimated how difficult it would be to monetise discoveries,” he told The Herald.