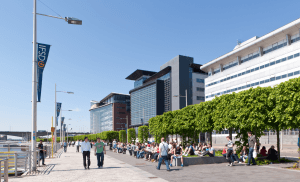 Sentiment in the financial services sector stabilised in the three months to March, having deteriorated throughout 2016, according to the latest CBI/PwC Financial Services Survey.

The quarterly survey of 98 firms found that optimism about the overall business situation continued to vary across sectors.

Sentiment was unchanged in the banking sector, but this followed four consecutive quarters of decline. Building societies, life insurers, insurance brokers and investment managers all felt more optimistic than in the previous quarter, while finance houses and general insurers felt less optimistic.

Almost four times as many construction companies believe that pulling out of the EU  will be negative for the sector as expect it to be positive, a survey has revealed.

The Scottish Construction monitor shows 33% of firms believe Brexit will have a negative impact while only 9% expect it to be beneficial, with 16% seeing no effect.

Vaughan Hart, managing director of the Scottish Building Federation which runs the survey, said: “Looking at this latest set of results, there is a real sense that the industry remains stuck in a state of limbo just now.

“The recent economic signs have been positive with strong output and rising employment within the Scottish construction sector. At the same time, ongoing uncertainty on the political and constitutional fronts is making industry employers feel quite nervous about the future outlook.”