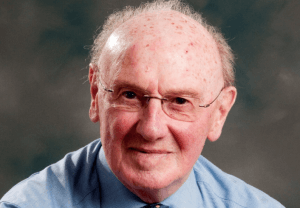 A  £17 million funding drive has been launched to revive the spirit of a distillery that was destroyed in the wartime blitz on Clydeside.

The Ardgowan Distillery, 30 miles west of Glasgow, has already secured permission from Inverclyde Council and has raised £500,000 in seed capital.

Its backers want to start building on the Ardgowan Estate this year, with plans to be operational in 2019.

The new distillery will resurrect the name of the Ardgowan Distillery, which was founded in 1896 and located in Baker Street, Greenock.

After a few years of whisky production, the distillery was used to make grain spirt and industrial alcohol until it was destroyed in the aerial bombing in May 1941.

Former Bruichladdich and Diageo veterans Gordon Wright and Michael Egan have come on board in commercial and product engineering advisory roles.

Initial production will be around 200,000 litres of pure alcohol (LPA) and this will rise to over 800,000 LPA at full production. The distillery will be scalable with the option to expand production to 1.6m LPA with limited additional investment.

Murdoch McLennan, partner and head of brewing and distilling at Campbell Dallas, which is advising on the fundraising, said: “Whisky distilleries are a well-recognised investment opportunity which can achieve strong capital returns and dividend distribution in the medium to long term.”

In common with other investments of this type, the distillery is anticipating a mixture of equity, debt funding and public grant support.