‘Day of reckoning’ looms for distillers

Alex Nicol enjoyed a career selling drinks for some of the biggest global brands in the world, but the opportunity to create his own was too hard to resist.

As the creator – along with his wife Jane – of Edinburgh Gin he was one of the pioneers of a reborn sector which, since its launch in 2012, has spawned a number of imitators.

More than 70% of gin in the UK is now made in Scotland and the sector is worth about £1.7 billion to the British economy. Many of the new distilleries are dotted around the capital which in days past was a big centre of gin production.

“It’s been a bit of a phenomenon, but they won’t all survive,” says Alex. “There will be a reckoning in the next two years.”

“It’s great that we’re getting these new enthusiasts, but the survivors will need provenance, something that makes customers stick to their brand. In the end, though it will be down to pricing.”

Alex, whose working life involved spells at Glenmorangie, Scottish & Newcastle and Whyte & Mackay, believes the “big boys” will not stand back and the let the craft distillers have it all their own way.

“I am surprised that the likes of Diageo and Pernod Ricard have not yet moved in more aggressively.

“I have not seen much in the way of competitive brands. William Grant, which is great at innovation, came up with Hendrick’s, but Diageo’s response was Gordon’s with cucumber. Really? Are you joking?”

Edinburgh Gin grew quickly from its basement below the Rutland Hotel in central Edinburgh where visitors to the bar can also see the stills in the wall. A second distillery opened in Leith last year.

But just four years after launching Alex and Jane decided to sell the Fife-based Spencerfield spirit company which owned the brand with a number of other assets.

It was bought by Ian MacLeod Distillers, a £66m-turnover business which was already their exclusive distributor and owned a half stake in the plant at Broxburn where the drinks are bottled.

Accountancy firm BDO led the search for buyers while Vialex, the Edinburgh-based law practice, negotiated the purchase over about nine months.

Edinburgh Gin was making a profit of about £1m on turnover of £4m and now takes its place against Macleod’s range of brands, including Glengoyne and Tamdhu.

Selling the business was “a bit emotional” for Jane, he says, but he saw it as a straightforward business proposition.

“We just could not take the business to the next stage. We didn’t have the energy, resources or cash without borrowing more and developing another five year plan.

“We had to sell to someone with the scale and ability to take it to the next level more quickly.”

He and Jane remain consultants to the Macleod business, advising on its operations and on marketing, and they have a beer distribution business in France where they hold the import licence for Greene King.

But he is also enjoying semi-retirement and has just bought a half-stake in a racehorse.

“It’s called Christmas in USA, which is where I plan to be,” he says. Tell us about the horse you’ve bought?

Christmas in USA will run at Kelso in February and Ayr in March. It’s trained by Nick Alexander. We’ve come nowhere close to winning so far.

Have you always had an interest in horses?

We have owned and bred “bits” of three horses and we sponsor the Edinburgh Cup meeting at Musselburgh.

You also had an interest in dogs?

While I was at university I owned two greyhounds, The Magus – named after the John Fowles novel – and The Marksman. It was a good way to attract the girls. 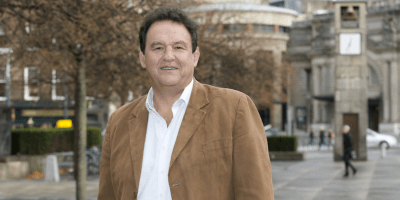 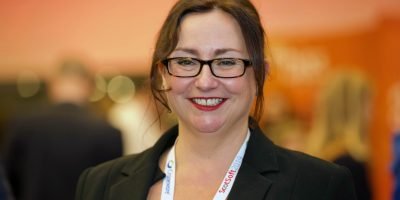 Jane Morrison-Ross will not be short of things to do, given her commitment to supportRead More