Ethics and 4 million customers up for sale Co-operative Bank has put itself up for sale, claiming that low interest rates are hindering its recovery plan.

TSB has emerged as a potential bidder after admitting it may “look at it”.

The Co-op board said the lengthy period of low interest rates and higher than originally anticipated transformation costs are holding back its ability to rebuild the bank’s capital base.

“The board is commencing a sale process, something always considered a potential outcome of the turnaround plan, alongside considering other options to build capital and meet the longer term capital requirements applicable to all UK banks,” it said in a statement this morning.

The bank says it has made “considerable progress” implementing its turnaround plan.

The cost base has reduced by more 20% since 2014 and well over half of the original non-core portfolio has been sold.

Critical IT improvements have been delivered, risk management and operational resilience have improved substantially and the major legacy issues of the past, including customer remediation and PPI, have largely been addressed.

“Importantly, there is clear evidence of strong and sustained customer demand for the bank’s ethically-led UK retail banking proposition, which has four million customers,” says the board.

“The bank has always been clear that… it needs to build its capital and meet longer term UK bank regulatory capital requirements. Its capacity to do so organically has been constrained by the impact of interest rates that are lower than previously forecast, reducing the bank’s ability to generate income, and by higher than anticipated transformation and conduct remediation costs.

“As a result, and having concluded its annual planning review, the board is today commencing a sale process, inviting offers for all of the issued ordinary share capital of the bank, and is also considering ways to raise equity capital from existing and new capital providers and a potential liability management exercise of its outstanding public debt.”

The Board has engaged Bank of America Merrill Lynch and UBS investment bank to find a buyer.

Dennis Holt, chairman said: “The bank has met its [Pillar 1] regulatory capital requirements continuously since 2014 and expects to continue to do so.

“At the same time, since we began work on the bank’s turnaround, the board has always been clear that we would need to build capital for the future. We are now commencing a sale process, alongside other options. The bank’s ethical heritage and customer proposition will be a central consideration in this.”

Liam Coleman, chief executive, said: “Since 2013, we have successfully addressed significant legacy issues, reduced the cost base and rebuilt our franchise and customer proposition.

“While our plan has been impacted by lower for longer interest rates, the costs associated with the sheer scale of the transformation and the legacy issues we faced in 2013, there is considerable potential to build the bank’s retail franchise further using the strength of the brand, its reputation for strong customer service and distinctive ethical position.”

As previously guided, and as indicated by the reduction in the Bank’s CET1 ratio over the course of 2016, the bank expects to report a loss for the year ending 31 December 2016.

This loss is expected to be significant, albeit less than the loss reported for the year ending 31 December 2015.

The expected loss is driven largely by continued high remediation and strategic project costs (including charges associated with the mortgage outsourcing programme), reflecting the transformation required to address the historical underinvestment in systems and processes.

Conduct and legal risk charges have reduced significantly over the course of the year, and lower operating costs, reduced losses on asset sales and a gain on the sale of the Visa Europe share have more than offset the reduction in net interest income and increase in the fair value amortisation associated with the merger with the Britannia Building Society. 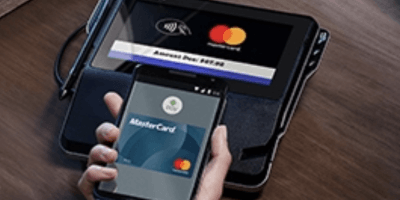