Royal & Awesome, the golf clothing brand, whose trousers are favoured by celebrities, has broken through the £1 million turnover mark as it prepares to celebrate its fifth birthday.

The Edinburgh-based label, which was launched in April 2012, has morphed from a tongue-in-cheek start-up, into a global brand.

Sixty per cent of its sales are now in the US, with a significant contribution coming from online retailing giant Amazon. A further 35% are from the UK and the remainder from Australia.

Sales have grown by 50% year-on-year each year since the label was created.

The brand was launched by Graeme Smeaton, in partnership with Morphsuits’ founders Gregor Lawson and Ali and Fraser Smeaton.

Royal & Awesome shares Morphsuits’ e-commerce and fulfilment systems but also has its own dedicated team working on the business.

The Smeaton brothers hail from Gullane, the East Lothian village that is home to Muirfield, the championship course.

Me Smeaton, managing director at Royal & Awesome, said: “The growth of our brand over the past five years has been absolutely ‘awesome’ – there’s no other word for it.

“All four of us are keen golfers and we wanted to create a brand that really stood out as different.  We’ve done this by taking all the history and heritage of golf in Scotland and adding loads of fun and colour.

“Golf is a game that’s played throughout the world, so knew the potential for Royal & Awesome to become a global brand. “The reaction has been fantastic – people buy our trousers, shorts and Plus Twos to wear at charity games, stag parties and lads’ annual outings.”

As well as becoming popular with celebrities, such singer Brian McFadden and newsreader Naga Munchetty, the Royal & Awesome brand has also attracted a host sportsmen as ambassadors, from former football players and managers Neil Lennon and Ally McCoist, through to cricketers Darren Gough and Matthew Hoggard.

The growth of Morphcostumes, the company behind the Royal & Awesome and Morphsuits brands, has been supported by BGF (Business Growth Fund) since June 2012, following a £4.2m investment.

BGF was established in 2011 by five of the UK’s largest banks – Barclays, HSBC, Lloyds, Royal Bank of Scotland and Standard Chartered – with a £2.5 billion fund to invest in businesses with the potential for high growth. 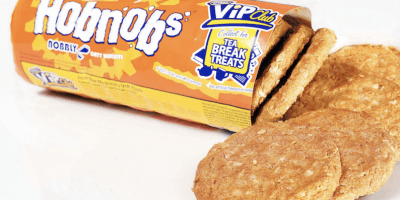