Tributes were paid to MSP Alex Johnstone who has died after a short illness at the age of 55.

Mr Johnstone represented the North East of Scotland in an unbroken record of service going back to the formation of the Parliament in 1999.

First Minister Nicola Sturgeon said: “I am very sad to learn of Alex Johnstone’s passing. Holyrood has lost one of its most well-known and well-liked parliamentarians, and he will be sorely missed.

“Alex was of course one of the Scottish Parliament’s original 1999 intake, and he quickly established himself as a champion of the North East. He was never afraid to stand up robustly for the causes he believed in – but always did so with good humour and respect for his political opponents.

“I would like to offer my condolences to Alex’s wife Linda, his family and his friends, and hope that they find some comfort in the warm tributes being paid to him from across the political spectrum and beyond.””

Born in Kincardineshire in 1961 and educated at Mackie Academy in Stonehaven, Mr Johnstone spent his entire life in the north east of Scotland, where he built a successful career as a self-employed dairy and arable farmer.

Elected at the age of 38, he immediately brought his considerable experience in Scotland’s rural economy to the parliament, initially as its first ever convener of the rural development committee.

In 2001, he was appointed as the Scottish Conservatives’ chief whip and business manager, serving on the Parliament’s business bureau.

In the last parliament, he served on the Parliament’s welfare reform committee. He was also appointed the party’s spokesman for infrastructure, housing and transport, a role he continued after May’s election.

“He was a big man with a big heart. He embodied politics at its best: trenchant in his views, always up for a political fight, but respected and admired by all sides of the political divide for his decency and generosity.

“The north east of Scotland could not have had a greater friend over the 17 years he served as their MSP. He was utterly devoted to championing the area.

“All our thoughts and prayers are now with Linda and their family.

“During his short illness, Alex was greatly touched by the many messages of goodwill he received from across the parliament.

“On behalf of the party, may I thank everybody who got in touch with Alex to pass on their thoughts. It meant a great deal to him.”

In addition to his formal roles, Mr Johnstone was a champion for numerous other causes.  He promoted the relationship between Scotland and Japan – receiving the Consul General of Japan’s Certificate of Commendation, and founding the Parliament’s cross party group on Japan.

He was a campaigner on knife crime, seeking to boost education on the dangers of carrying a blade.

Outside of politics, Mr Johnstone was a husband to his wife of 36 years, Linda. The couple had two children and six grandchildren.

He remained an active member of the local Church of Scotland throughout his life.

Friend and former Scottish Conservative MSP Mary Scanlon said:  “Alex was respected across the chamber and during his short illness he received letters and good wishes from all sides of the Parliament. He was very touched by that.

“He was a man who never abandoned his principles, nor his Doric accent. Political opponents admired him because you always knew where you stood with him.

“He was a great parliamentary performer. Alex never read out a speech. He would research it thoroughly and then stand up and give a speech, taking interventions, answering points, with just three of four points written on a scrap of paper.

“He was very touched to receive visits from friends and colleagues and to say his goodbyes in recent weeks.” 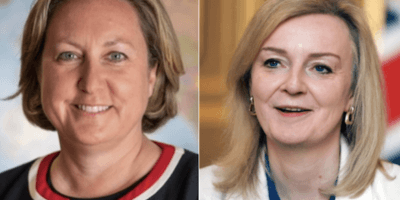