Putting teamwork to the test

It was during his days as a young boy at George Watson’s College that Keith Anderson developed a love of rugby that turned into a lifelong passion.

He played on the wing for Watsonians and while insisting he “was not that good” he did play “to a reasonable standard” and has tested himself against Scotland’s best.

“I have played against every member of the 1984 Grand Slam team,” he says, beaming proudly. Jim Calder, who scored the winning try in Scotland’s victory over France which sealed their first Slam since 1925, became a close friend.

Rugby instilled in Anderson the value of teamwork, something he has applied to his professional life as a lawyer. It also gave him a winning mentality, a desire to be the best.

As chief executive of Vialex, an ambitious young law firm, he’s set the bar high in a deliberate move to stretch himself and his team which has grown to 29 in the six years since the business launched.

“We have a five year plan to grow the business,” he says. “The first step is to market the brand, get ourselves better known.”

As a key part of that process the firm has invested in a new website which will launch in January and should help to raise its profile.

The die has been cast for building a substantial practice, yet creating his own business was not something that was on his radar when he left the blue chip Edinburgh firm Dickson Minto in April 2009.

“My intention was to do consultancy work,” he says. He took an office in a private equity company to work on a number of investments. Gradually, he was asked to do more work for the company.

“It was the catalyst that got me thinking that I could provide outsourced legal work in the style of an in-house lawyer.”

He spoke to a few legal industry friends, seeking advice and support and teamed up with former Dickson Minto colleague Keith Dinsmore, brother of David, erstwhile editor of The Sun newspaper.

The two Keiths set up Vialex in early 2010, taking an office in Stafford Street. By June this year they needed more space and moved to 4,200 sq ft of refitted open plan offices in nearby Atholl Crescent.

“We have enough space here to take the headcount to 50,” says Keith, who is turning his attention to London and other English cities. He is “actively seeking” a London partner.

“We regard our market as the UK and about 25% of our revenue is derived from south of the border. My target would be to take this to at least 50%.”

The ethos of the business is built around a fixed monthly fee rather than a project by project approach.

“It gives the client – and us – a degree of predictability,” says Anderson. “We also want to develop a relationship with the clients, be more proactive than reactive.”

He believes this helps to break down barriers between the lawyer and the client so that they can work together longer term. It goes back to that teamwork principle.

“We provide a dedicated team for the client and, in turn, it enables us to be part of their team,” he says. Where did the name Vialex come from?

It’s Latin, sort of. Via means way and lex is a Latin word for law. Its a “way to the law”. Actually, I met one of my school teachers who insisted it should really be “legus”.

What gets you hot under the collar?

The transport system. Anyone who can improve it would get my vote. I also get concerned that technology means more and more transactions are done remotely. It means lawyers do not have the face-to-face interaction they used to have. It was a useful way to learn your trade.

Interviews No Comments » Print this News
Trumpatized by Brexit in a post-truth world? Go hygge yourself Previous News
Next News A strike by airport baggage handlers and check-in staff planned for 23 and 24 December has been called off 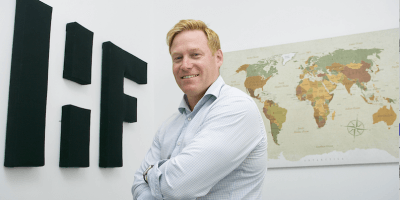 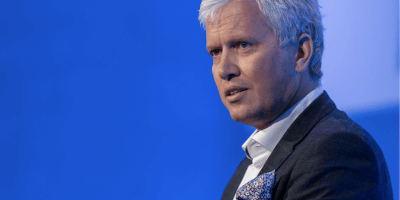