Together with support services for its five ship programme it takes the value of orders to £635m.

Work on the additional two Offshore Patrol Vessels, named TAMAR and SPEY will sustain skills in Glasgow and the wider supply chain, with more than 100 companies involved in the programme across the UK.

Employees were joined at a ceremony by representatives of the Royal Navy and the local community as Harriett Baldwin, Minister for Defence Procurement, switched on a plasma cutting machine to cut the first steel plates for the fourth and latest of the River Class OPVs.

During the visit to BAE Systems’ shipyard Ms Baldwin said: “This contract will deliver two more modern Offshore Patrol Vessels for the Royal Navy and safeguard vital shipbuilding skills and hundreds of jobs in Scotland.

“Protected by a rising Defence budget, the OPV programme is an important part of the Government’s £178 billion plan to ensure our armed forces have the equipment they need.”

Iain Stevenson, managing director at BAE Systems Naval Ships, said: “Securing this contract for two further River Class OPVs is testament to the proven capability of the design and the tremendous skill and dedication of employees on the programme.

“Our investment in the latest digital design technologies and new processes is enabling us to deliver equipment of the highest quality at the lowest possible cost, helping to secure the long-term future of our highly skilled industry in the UK.

“I am looking forward to seeing both the OPV and Type 26 ships in construction across both our shipyards in Glasgow next year.”

This offshore patrol vessel design builds on the Royal Navy’s existing River Class ships with variants already in service in Brazil and Thailand which puts capability at the forefront of their navies.

The first vessel, FORTH, entered the water in August, less than two years after construction started, and is now docked at the Company’s Scotstoun facility where she will complete final systems installation and testing before being delivered to the Royal Navy in the second half of 2017.

The second ship, MEDWAY, is scheduled to enter the water in the spring of 2017 while the third ship, TRENT, is currently at an advanced stage of assembly at Govan. 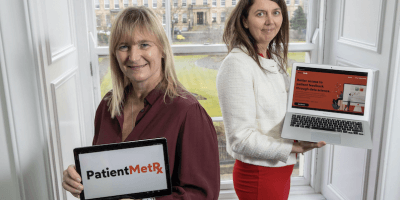