British sparkling wine producers are giving prosecco lovers a fresh taste to savour as they celebrate the new year with record sales to the Italians.

In fact British wine is making a big impression around the world, according to the Department for Environment, Food and Rural Affairs.

Sales also boomed at home with Marks and Spencer doubling sales in its stores, and Waitrose seeing a 50% uplift.

UK Environment Secretary Andrea Leadsom said: “With major producers on track to deliver a 10-fold increase in exports, we could soon be tapping into more countries.

“Our vintners are set for huge success in 2017 with wineries growing and more bottles on supermarket shelves.”

Sparkling wines, grown mainly in Kent and Sussex, counties in southeast England which have similar chalky soils to France’s Champagne region, account for almost 70% of production.

Apart from Italy, the biggest demand in 2016 came from Dubai, France, Japan, Taiwan and the US.

With Brexit looking it may also signal a change in habits among British customers who will buy domestic wines to replace imports from the European Union.

However, Italy is expected grant Britain access to the EU’s single market after its departure from the bloc in order to retain prosecco exports. 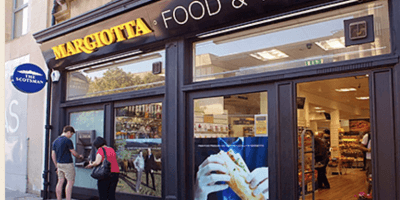