For the past three years David Frost has been an advocate for one of Scotland’s most famous industries. As head of the Scotch Whisky Association he has also welcomed the world to Scotland.

Sadly, he leaves with a few unpleasant memories of his stay in Edinburgh which he has blasted in a newspaper column.

Ahead of leaving to become special advisor to foreign secretary Boris Johnson, he writes that: “My memories of Edinburgh are not just images of the castle or the New Town but sadly also filthy streets, overflowing bins, and Georgian terraces ruined by endless brightly coloured recycling skips.”

He is scathing of Princes Street, “which should be the most beautiful street in Europe, permanently clogged by buses and littered with street furniture.”

As for the airport, he says “you can arrive from London in an hour but then take half an hour by bus from the aircraft to the terminal,” adding “I remain baffled, like the tourists pulling their suitcases along Princes Street, by a tram system with no stop at the main railway station, or by how Edinburgh planners have pulled off the difficult trick of making the city unfriendly to cars and pedestrians at the same time.”

He is not alone. Social media has plenty of images of the litter, broken roads and pavements, the proliferation of bent and scruffy road signs, and general decay.

A former colleague said recently that on a visit to the city he thought it looked neglected, dirty and unwelcoming.

It has been named among the most beautiful cities in the world. Most would agree, as long as you look upwards – at the monuments and architecture. At street level it is a grubby place, plastered with graffiti, unkempt and badly in need of a spring clean.

There is a great deal of complacency among those running Edinburgh. It is indeed a treasure, but one that needs some care and attention. There is too much street furniture which is out of place and, in many cases, unnecessary.

As a test, I walked the length of one side of St Andrew Square, one of the jewels in the city’s crown. Thankfully, it is being spruced up along with the new developments. There is long-needed repair work to the broken pavements.

But the council has gone crazy with street signs. I counted 67 signs and other paraphernalia. That is just on one side. There are dozens of pedestrian push button controls which are largely unused because the traffic is actually very light. Indeed, from the north end there is no access to vehicles other than trams, yet there are still pedestrian controls.

You don’t have to walk far to find the unpalatable truth. The litter problem never seems to go away and the bins are an unsightly mess that shame the city. These are not petty complaints. Tourism is a big earner, but tourists will not return, or spread the right word if we send them home with bad memories.

The city council seems blind to much of this blight which would not be tolerated in other leading capitals.

It is time to take heed of Mr Frost’s verdict. After all, he is a career ambassador and ambassadors are used to selling a story.

Edinburgh should be wary of what sort of tale he will take with him to the Foreign Office and beyond. 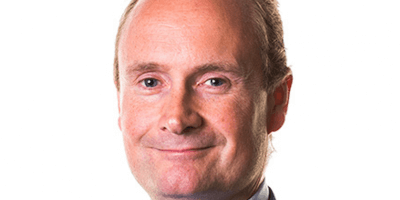