SSE, trading in Scotland as Scottish Hydro, said half year adjusted profits fell 13% to £475.8 million because of adverse weather, falling customer numbers and investment in infrastructure.

It said it will undertake capital and investment expenditure of around £1.85bn, which would be the highest annual investment and capital expenditure by the company to date.

This follows the decision to invest in the 225MW Stronelairg onshore wind farm which means SSE has 1GW of wind farm capacity in construction or pre-construction.

·     Adjusted earnings per share fell by 25.5% to 34.2p, reflecting lower profits in Wholesale and Retail and an unusually high proportion of hybrid bond coupon payments made in the first half of the financial year

·     Reported earnings per share increased 143% to 47.2p reflecting the cumulative impact of positive mark-to-market  valuations  on commodity and financial derivatives

·     Reported profit before tax increased by 167% to  £615.9m also reflecting the cumulative impact of positive mark-to-market  valuations  on commodity and financial derivatives

·     Adjusted net debt and hybrid capital increased by 7.2% in the half year to £8,995.4m as a result of the phasing of capital expenditure and movements in foreign exchange rates.

·     Deliver an annual increase in the dividend that at least keeps pace with RPI inflation and which is covered in the range from around 1.2 times to around 1.4 times

·     Undertake capital and investment expenditure of around £1.85bn

In the period to December 2017, SSE intends to:

·     Use the proceeds from the sale of part of its stake in SGN (around £600m, net of transaction costs) to create value for shareholders by directing around £100m to support investment in Stronelairg and currently intends to return value to shareholders by way of an on-market share buy-back of around £500m.  Thereafter, the ongoing adjusted EPS impact of the sale and the use of the proceeds should be broadly neutral.

Looking further ahead, SSE remains on course to: 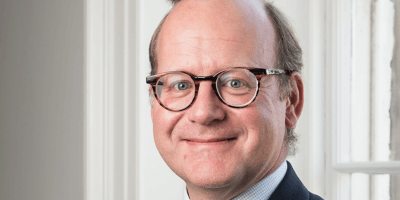