Scotland’s late payment culture is killing more than 2,000 small businesses every year, according to new research.

Late payment costs the UK economy £2.5 billion annually, and 50,000 businesses go under as a consequence.

Analysis by the Federation of Small Businesses (FSB) shows that if Scotland adopted the payment practices of Norway, 2,075 fewer firms would close annually, resulting in an estimated £134m economic boost.

In countries like Denmark, Germany, France and Hungary, big businesses pay their smaller suppliers far more quickly than they do in the UK, the report shows.

The small business campaign group is urging the UK Government to get to grips with this growing problem.

Andy Willox, FSB’s Scottish policy convenor, said: “It is unacceptable that 2,000 Scottish firms go to the wall every year because big business uses them as a free source of credit.

“Supply chain bullying must be stamped out, and we need to see Scottish business leaders signal that they’re against this perfidious practice.”

The report found that more than a quarter (28%) of payments in Scotland are late and firms are waiting on average an additional seven weeks to get money in the bank.

On average, each outstanding payment is worth £5,718 to Scottish firms.

FSB has urged the UK Government to look at tackling supply chain payment issues as part of its current drive to improve corporate governance.

In addition, it wants the UK Government’s soon to be appointed Small Business Commissioner to have powers and capacity to tackle this problem.

FSB will highlight these figures to the Scottish Government in their budget submission, urging Ministers to put pressure on bigger firms in Scotland.

Mr Willox said: “Tackling this problem will require a change of attitude at the top of private sector. We’re looking for real pressure from Scottish political leaders.” 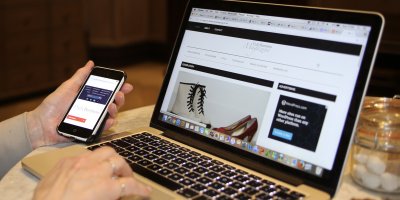 Switch broadband provider in a day under new rules