The team behind a pioneering Scotch and Japanese whisky blend is launching a new variant to celebrate the historic ties between India and Scotland.

Fusion Whisky has developed the Kincardine to also honour the Scot who helped modernise India’s railways and link the cities of Bombay, Calcutta, Delhi, Karachi and Madras by rail.

Victor Bruce, the 9th Earl of Elgin and 13th Earl of Kincardine, served as Viceroy and Governor General of India between 1894-99.

He was a Scottish liberal politician who distinguished himself both in Britain and in India.

Among his achievements as Viceroy of India, he pushed through massive improvements to India’s rail system, helped secure its economy by stabilising the rupee, pacified its volatile border with Afghanistan, and sought to alleviate the worst effects of drought and famine through a pioneering work-relief programme.

A keen walker, Bruce was nicknamed the “Walking Viceroy”.

The Kincardine follows The Glover, launched last year in honour of “Scottish Samurai” Thomas Blake Glover. It is made by blending Scotch with extremely rare whisky from Japan.

This latest whisky is a fusion from Glen Elgin and Macallan distilleries in Scotland and single malt whisky from India’s celebrated Amrut distillery in Bangalore.

The Kincardine whisky was blended by Victor’s great-grandson Alex Bruce, master blender and managing director of Adelphi Distillery, based in Fife.

He said: “With The Kincardine, we’ve blended two single casks of malt whisky from Amrut Distillery in Bangalore with Scotch whisky from Glen Elgin and Macallan distilleries.

“The fruitiness of the mature Speyside malts works beautifully with the Indian whisky, creating a very complex, international flavour.

It was a genuine privilege to create this whisky in honour of my great-grandfather, and great to develop a product that it is an example of the strong, positive and long-lasting relations between Scotland and India.”

Only 800 bottles of the whisky will be released, although Fusion Whisky said there was scope to produce more variants of both The Kincardine and The Glover in the future.

David Moore, a director of Fusion Whisky, said: “The concept of using fusion whisky to celebrate the historic ties between Scotland and so many countries around the globe is something we pioneered with The Glover. This innovation was so successful – selling out almost immediately and exporting to 15 countries – it was always our ambition to create another fusion whisky.

“With Alex’s personal connections to Amrut distillery, as well as the story of his great-grandfather, it was clear we had an excellent opportunity to create another unique and ground-breaking whisky.”

Mr Moore said the company’s new approach to blending whisky tapped into a growing international demand for new and innovative whiskies, adding that the company had recently secured the welcome support of Scottish Development International to help them expand the business.

Linkedin
Fusion whisky, The Kincardine Food & Drink No Comments » Print this News
Buyer moves in for collapsed Fergusson Previous News
Next News Sturgeon in bid to impose court ruling on May 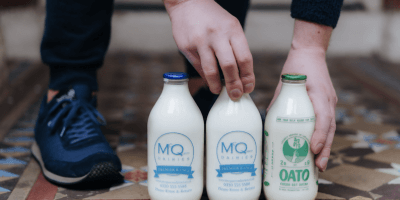