There were few major giveaways in what was Philip Hammond’s first and last Autumn Statement, but he left no one in any doubt that the government has a sizeable challenge trying to boost economic growth, against a backdrop of ongoing instability caused by political influences.

He announced a new system of Autumn Budgets and Spring Statements – a welcome move for many financial planners and their clients, avoiding the often knee-jerk reaction to rumours as to what changes may come into play when in the throes of tax year end planning.

Speculation prior to the statement suggested the removal of the state pension triple lock, changes to salary exchange schemes and to both the pension lifetime and annual allowances.

While the Chancellor confirmed that the state pension will continue to rise until at least 2020, he suggested that changes may be needed thereafter to “tackle the challenge of rising longevity”.

In the short term, this is good news for pensioners who may have been concerned with potential future reductions in their income.

Whilst there was some concern that the annual pension allowance of £40,000 pa would reduce, this proved not to be the case. Additionally, the “lifetime allowance” – the amount you can save into a pension in total – remained unchanged at £1m, despite many calling for it to be reviewed if not removed.

The key change regarding pension contributions was the reduction in the Money Purchase Annual Allowance from £10,000 to £4,000 – relevant to individuals where they have chosen to flexibly access their existing pension benefits. While this may not be a significant issue for the majority, it does, however, reaffirm the government’s desire to tackle pension “recycling”.

The Chancellor also announced that the tax treatment of overseas pensions will be more closely aligned with the UK’s domestic tax regime by bringing foreign pensions and lump sums fully into tax for UK residents to the same extent as domestic ones.

From April 2017, changes to salary exchange schemes will come into play, affecting those employees who currently enjoy tax breaks on benefits such as mobile phone contracts and health checks.

However, schemes covering pensions, child care, ultra-low emission cars and cycle to work will be exempt from the changes.

The good news for savers was that the ever popular National Savings range of products will be enhanced, with the introduction of a new fixed rate bond paying 2.2% per annum for three years from a minimum of £100 to a maximum deposit of £3,000.

The Chancellor did not announce any amendments to the proposed Main Residence nil rate band increase nor any changes to the current ISA regime with the contribution allowance increasing to £20,000 in April 2017, however the Junior ISA allowance will increase to £4,128 from the same date.

The general tone of the statement was one of encouragement for business – specifically innovative and infrastructure focused enterprises with the pledge to “build an economy that works for everyone”.

Investments of these types can be of interest to those looking to diversify their retirement planning and/or those impacted by the reduction in the pension annual allowance as well as the tapered annual allowance.

Buried deep within the detail was a small but positive amendment to the rules around part surrenders and part assignments for life insurance policies such as investment bonds which can often give rise to disproportionate tax charges merely because an insurance company form has been completed incorrectly.

Whilst this may seem like a minor change it does perhaps herald the beginning of fairer outcomes for clients when common sense prevails.

Overall, whilst there were no seismic shifts, there are still significant issues for businesses to be aware of both now and in the future.

The purpose of this article is to provide technical and generic guidance and should not be interpreted as a personal recommendation or advice. Taxation depends on individual circumstances as well as tax law and HMRC practice which can change. Johnston Carmichael Wealth Limited is authorised and regulated by the Financial Conduct Authority. 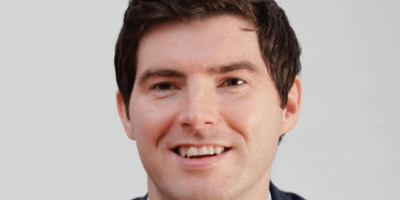 Graeme Cran says the Chancellor kept his changes to a minimum..