Grace calls for focus on stability

Aegon UK chief executive Adrian Grace is urging the Chancellor to rule out any further reforms to pension tax relief when he delivers his Autumn Statement.

As the pensions company revealed it was making good progress in its quest to become the leading platform business in the UK, he said the proposal for a pensions ISA would be “hugely disruptive”.

Mr Grace said: “With the first post EU referendum Autumn Statement fast approaching, we’d like the Chancellor to focus on stability, ruling out any radical reform of pension tax relief.

“Proposals such as the Pension ISA would be hugely disruptive to pension savers, requiring all existing pensions to be frozen with a new arrangement put in place for future contributions.

“This would add significant complexity for every existing pension saver without any guarantees that their pension income would not be taxed by a future government, creating a dangerous disincentive to saving.

“As the Brexit negotiations approach, we need a period of stability for savers and investors.”

The growth was because of a combination of strong sales and the ongoing upgrade of existing customers to platform. Protection also performed well in Q3 with sales are up 11% on last year.

Commenting on third quarter results, Mr Grace,  added: “We’ve made excellent progress on our strategy this year towards becoming the UK’s leading platform business. In Q3 we announced the acquisition of Cofunds which will form a core part of our future.

“The acquisition will give us the scale that is so critically important in the platform market. “There was a time when the market thought £30-£40bn might be enough to be competitive over the long-term, but that figure now looks closer to £50-60bn.

“We’re expecting the deal to complete by the end of the year and we will provide further details then. We recognise that our success will depend on getting the integration right for the advisers and customers who use the platform and our plans will be built around meeting their needs.

“In August we strengthened our offer to corporates with the completion of our acquisition of BlackRock’s pension platform. The deal complements our existing expertise in contract based schemes with the new team’s knowledge of trust-based and investment-only markets.

“2016 has been a year of deals that have set us up for the future. We’re now in a period of transition as we move from being a business whose earnings are driven by traditional insurance products like annuities, to one that generates revenues via platform fees and this process will accelerate as the integrations gather pace.” 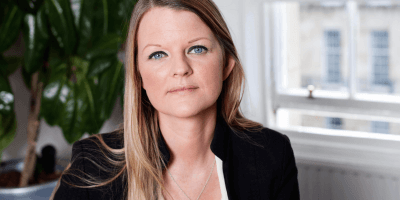