Some respite for high street

Retail sales picked up in September to provide some respite to the high street after a dismal summer.

Shoppers spent 1.1% more last month than the previous year, the strongest monthly growth since July 2013. Non-food growth at 0.5% was the best since May last year.

Ewan MacDonald-Russell, head of policy & external affairs at the Scottish Retail Consortium said: “Whilst these figures are encouraging, the fact is retail sales are a long way from returning to strong and consistent growth.

“Over the last twelve months sales have been flat, and certainly have not increased at the same pace as costs resulting from public policy. That’s why earlier this month the SRC called for fundamental reform of Scottish business rates.

“Creating a simpler, more flexible, and more competitive rates system would go a long way to relieving pressure on retailers and allowing them the opportunity to invest in their workers and businesses to increase productivity and economic growth.”

Paul Martin, newly-appointed UK head of retail at KPMG which compiled the data, said: “Food stole the show in September, recording positive growth for the first time in three months.

“An unseasonably warm September played a significant role in boosting sales as Scots squeezed in the last chance to eat al fresco before the colder weather set in. That, coupled with an ongoing price war saw grocers rack up sales for the month.

“Nevertheless, where food sales were bolstered, the same cannot be said for the high-street. A lacklustre performance in clothing and footwear suggests the new season’s warmer designs failed to entice consumers busy enjoying the last of the summer sun.

“Retailers will look to recover as the temperatures begin to drop again, leading consumers back into the shops to pick up their autumn wardrobes.

“Elsewhere, electricals recorded a strong month, coinciding with Scotland’s substantial student body stocking up on essentials for their return to lectures. New product launches also helped drive sales upwards as we approach the golden period of the year.

“Looking to the future, retailers will be banking on seasonal sale days like Black Friday, and the festive period, to make up for what has been a distinctly average 2016 so far.”

Linkedin
Scottish Retail Consortium Economy & Markets No Comments » Print this News
China’s economy expanded at a steady 6.7% in the third quarter and is on track to hit Beijing’s full-year target Previous News
Next News Scottish house prices rising by up to 12.7%

REFRESH PAGE FOR UPDATES 8am: Stocks rise The FTSE 100 pushed ahead, rising by 19Read More 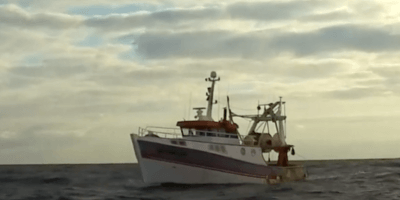