Investing in the write stuff

A four-storey tenement occupied by fashion designers, artists, jewellery makers and sundry other creatives is not where you might expect to find a company that claims to be a world leader in the financial services sector.

Ross Hunter takes a different view. “We wanted to be seen as a creative communications agency, to be in a different environment,” he explains.

So Copylab, the company he created just over a decade ago, shares office space with its bohemian neighbours in Glasgow’s Merchant City.

Hunter left the comfort of a well-paid job working for some of Edinburgh’s blue chip companies to become a freelance investment writer. He worked from a spare room at home to produce reports on pension fund performance for asset managers.

“I wanted to create a lifestyle business in order to get some of my time back,” he says. It remained a one-man operation for five years until he hired his first salesman, and in 2013 his first writer.

The business grew quickly and these days he tends to leave most of the writing to a team of 50 employees and freelancers now scattered across three continents.

“We have grown in a straight line for the past four years and that doesn’t look like changing,” says Hunter who sees turnover rising by £400,000 to £2 million this year and to £2.5m next year.

This growth translates into jobs with every £100,000 of revenue creating a new position with the company.

Copylab works for seven of the top ten UK funds and is reaching saturation point in the home market.

It has opened offices in Singapore and Boston and is now looking to expand on North America’s west coast where Hunter has hired someone to run operations from Vancouver.

The US accounts for 10% of current business but will be as big as the company’s UK operations within three to four years.

“The US has three times as many pension funds as the UK. There is a huge market for us to go at,” he says.

Choosing Boston over New York looks like an echo of the decision to base the business in Glasgow rather than Edinburgh, and there was a similar desire to be outside the more obvious location.

“We chose Boston because the culture was right, it was more relaxed compared to the more direct approach in New York.”

Copylab’s clients include numerous multinational corporations such as BlackRock, BNP Paribas and BNY Mellon and opening offices worldwide enables the company to serve their interests wherever they happen to be.

“We are the biggest investment communications agency in the UK and maybe the world. We have not found anyone bigger in the US,” he says.

With Vancouver ready to open, he’s already looking at where next to spread Copylab’s wings.

“Possibly the Middle East, Dubai,” he says. “We have also had some interest from Japan.” Who was the biggest influence on you?

My wife Sam. She gave me the confidence to give up my job and set up on my own.

Golf. I play off a handicap of eight. Also like to cycle and play squash. 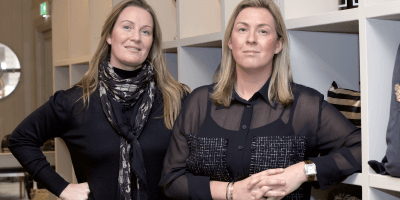 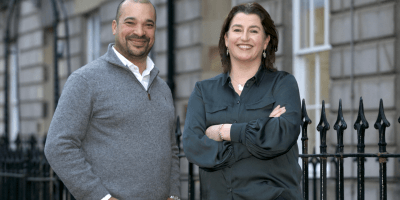