Call for Ashley to have defined role

More than half (53%) of independent Sports Direct shareholders today voted against management and called for an independent investigation into how the company treats its workers.

Among those who voted against the company’s remuneration report and against the reappointment of all of the non-executive directors was Standard Life Investments whose head of governance Euan Stirling said Sports Direct’s “responses to our enquiries have been either unconvincing or non-existent.”

Mr Stirling said SLI wanted majority shareholder Mike Ashley to have “a role, title and responsibilities that reflect his influence.”

Shareholder support for resolution 19, which was tabled by the Trade Union Share Owners (TUSO) group and Islington Council, was the highest on record for an employment-related resolution in the UK.

Those who voted in favour included investors and fund managers with no previous history of supporting employment-related resolutions.

Ten per cent of independent shareholders abstained, making a total of 63% who failed to support management on the resolution.

Despite this vote, the resolution will not pass, due to Mike Ashley’s ownership of roughly 55% of Sports Direct shares.

Commenting on the results, TUSO chairman Janet Williamson said: “Today’s shareholder uprising should act as a cautionary tale to other employers. Sports Direct’s reputation has been dragged through the mud and its share price has taken a hammering.

“The company must now commit to holding a genuinely independent investigation into how the company treats its workers. Without wholesale changes to working conditions, Sports Direct risks finding itself back in the dock.

“Hopefully this vote will usher in a new era of investors working with unions to challenge bad employment practices.”

“Today, we have voted against the company’s remuneration report and against the reappointment of all of the non-executive directors. I would like to explain why we have adopted this approach and taken such a strong stance in opposition to the board’s recommendations.

“We are longstanding shareholders in the company and have engaged with senior executives and non-executives over many years, sadly to little effect. The responses to our enquiries have been either unconvincing or non-existent. In that context, yesterday’s RPC report into working practices represents a positive step forward.

“By contrast, we do appreciate the scale and the market position of the business and its long-term value creation potential. That is why we remain fully-engaged shareholders.

“In order to achieve that potential, we increasingly believe that a structural change in the way that the company is governed is now required. In speaking to the select committee of the Department for Business, Innovation and Skills this year, Mr Ashley acknowledged as much himself, referring to the way that the business has grown in both size and complexity.

“Tight cost control can be an attractive feature of a business. However, taken too far, and with a focus on the short-term, it can and does result in the starvation of investment in talent, facilities and infrastructure which can leave a business vulnerable to its competitors and its own weaknesses.

I”n order for the company’s equity value to reflect its potential, we encourage the board to bold action. We would like to see Mr Ashley with a role, title and responsibilities that reflect his influence as majority shareholder and founder of the business.

“And we would like to see that pivotal role supported, as well as challenged, by a group of talented and experienced executives. It is our opinion that even then, substantial strengthening of the non-executive members of the board will be required, particularly in the crucial role of chairman.

“We welcome yesterday’s publication of the Working Practices Report and the positive change that is likely to bring to some of Sports Directs workers. However, the ‘Follow up’ commitment noted in Section 1.5 of the report is insufficient to realise the group’s full potential.

“In order to arrive at the correct structural conclusions, we believe that a full and independent review of governance at the company is required, along with a commitment to publish and act on the review’s conclusions and recommendations in the next twelve months.

“We would like to ask the board to commit to this course of action in order to achieve the associated objectives of structural change and long-term value creation.” 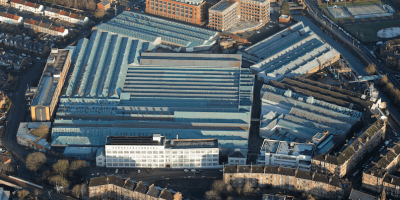 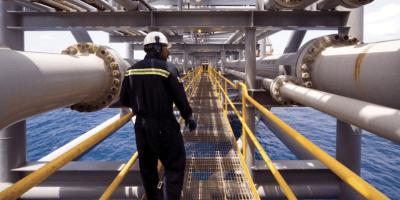