Morrisons ahead of target on turnaround plan

Morrisons is continuing to make progress under new boss David Potts with an 11% rise in first half profits.

The supermarket chain said like for like sales rose 2% in the second quarter and it hiked its interim dividend by 5.3%.

Chairman Andrew Higginson said: “The new team has made a real difference and delivered further good progress across the board in the first half.

“Prices are lower, customers are being served better and quality is improving. We remain on track to deliver improved profits and returns for shareholders.”

Morrisons said it expects to exceed its £1 billionn three-year cost savings target by the end of 2016/17.

Potts said: “This turnaround opportunity is in our own hands and I am confident we will succeed.”

John Ibbotson, director of the retail consultancy Retail Vision, said: “Morrisons has stopped the rot and started making a profit, in a turnaround that looks more impressive by the day.

“The rise in like-for-like sales is modest, but three straight quarters of growth suggests it’s a genuine boost rather than a blip.

“The brand’s current campaign is entitled ‘Morrisons Makes It’, and on this evidence it might just make it after all.

“CEO David Potts’ back to retail basics approach – in which stores have been spruced up, with more local ranges and lower prices – is beginning to pay dividends and tempt shoppers back.

“His renegotiation of the expensive Ocado tie-up, and the new supply deal with Amazon could turn out to be nothing less than inspired.

“The beleaguered retailer is finally heading in the right direction, but there is still a long way to go. As the smallest of the Big Four, Morrisons will be sorely tested by the looming price war with the sector’s deep-pocketed behemoths.

“However the falling Pound may hurt Morrisons less than its rivals, as a high proportion of its food is produced in the UK.

“Morrisons’ return to its roots – of low prices, good value and fresh food – is finally helping it fight back against the discounters. Sales are up, but against a backdrop of intense competition, lower margins and lower returns on capital, a return to the sales increases of yesteryear is unlikely.”

REFRESH PAGE FOR UPDATES 8.30am: Blue chips open positively The FTSE 100 made a positiveRead More 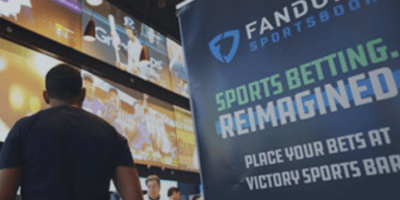