Husband and wife Bryan and Angela Kinghorn have acquired the North of Scotland operation of the world’s largest face-to-face business networking and referral organisation.

They have taken over BNI Scotland North from Rob Hamilton and Trevor Mutch in an undisclosed deal.

Mr Hamilton and Mr Mutch have increased membership from 90 to 280 across BNI North’s 10 networking groups – six in Aberdeen and one each in Montrose, Inverurie, Elgin and Inverness.

An additional group, the first to be launched by the Kinghorns, is to be held at Aberdeen’s Atholl Hotel. Both have been BNI members for over four years and have been director consultants for the past year.

It has four business networking groups – one each in Dunfermline and Perth, and two in Dundee. They plan to expand into St Andrews, Stirling, Glenrothes and Kirkcaldy and grow the membership from 100 to 250.

Latest figures reveal BNI Scotland North and BNI Scotland Central generated £12.9m of business for members, a 222% increase on the £4m total recorded when the pair acquired the business in October 2014.

Mr Hamilton said: “Trevor and I had a set goal in mind of where we wanted to take BNI Scotland North. We’ve now achieved that, and are pleased to pass the baton on to Bryan and Angela. I’m confident they will take it to the next level.”

Mr Kinghorn will continue in his role as operations manager at Bon Accord Glass.  He said: “We believe in the BNI model and have witnessed first-hand how it has helped businesses to grow.

“We’re delighted with the acquisition and look forward to working hard with our members in the coming years.”

Mrs Kinghorn, who will remain in her role with accountants Henderson Loggie, said: “This was too good an opportunity to turn down. It’s a big responsibility but an exciting one. We have strong and ambitious groups across the North of Scotland, and we’ll be looking to add to those as we move forward.”

BNI Scotland North is rated the 15th best performing group in the global BNI organisation, which spans 814 regions in 65 countries. BNI is the largest business networking referral organisation in the world.

North of Scotland and Central members also have access to more than 13,000 members in the UK and Ireland and more than 200,000 others worldwide. BNI (Business Network International) was founded by Dr Ivan Misner in the United States in 1985. 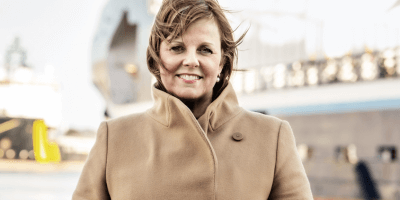 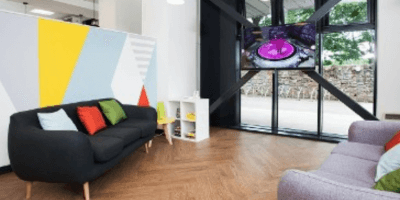 Students get extended discount on rents

Unite said this is the final discount Unite Students, the owner, manager and developer ofRead More