Demand for Scottish goods and services deteriorated at the sharpest pace for nearly four years during July, according to a new survey.

The decline ended a three-month period of growth. Although new business levels were lowered at a muted pace in Scotland’s service sector, new order volumes at goods producers contracted at the sharpest rate since September 2012.

The data is contained in the seasonally adjusted headline Bank of Scotland PMI – a single-figure measure of the month-on-month change in combined manufacturing and services output.

The return to contraction territory was broad-based across manufacturers and service providers, after both recorded declines in their business activity.

Graham Blair, Regional Director, SME Banking Scotland said, “The start of the third quarter was challenging for Scottish private sector firms, as declining demand conditions knocked the economy back into contraction during July. New business levels fell at the sharpest pace for nearly four years, with the decrease across both manufacturers and service providers.

“However, it is encouraging to see employment levels stabilise.

“Following the outcome of the EU Referendum it is still too early to understand the full impact for businesses across Scotland but we are ready to support them so that they are well positioned to meet any challenges ahead”.

Another survey from accountants and business advisers BDO shows business confidence fell following the UK’s vote for Brexit, and is now at its lowest in over three years.

However, the falling value of sterling could signal better exporting conditions and offers some hope for Scotland’s manufacture ring sector, although rising inflation will also have an impact by pushing up costs.

Martin Gill, Scottish head of BDO said: “It was clear that the Scottish economy was cooling before the Brexit vote and that this trend has continued although perhaps not at as great a rate as was predicted. However, the current figures highlight just how great a drop in output and optimism there has been year on year and this would indicate a distinct slowing down in economic growth which the Brexit vote appears to have done little to abate.

Scottish service sector output remained in contraction territory during July, the third time this has been the case in as many months. The trend was mirrored at manufacturers, where production contracted for the first time in three months during July. The decline was driven by weak underlying demand for Scottish goods (new orders fell sharply), with panellists also blaming slower export demand.

July survey data pointed to a decline in new business intakes at Scottish service providers, ending a four-month sequence of growth. The rate of contraction was the second-sharpest reported since September 2012. Moreover, Scottish goods producers also recorded a fall in new orders, with the latest decline the sharpest in nearly four years (46 months). According to anecdotal evidence, the fall in demand for Scottish goods was partly attributed to the recent EU referendum.

Scotland’s service sector reported a decline in their outstanding business in July. The latest deterioration was the thirteenth reported in as many months. Poor weather conditions were one of the factors that panellists linked to the decline in their backlogs of work. Moreover, the volume of unfinished business held by Scottish goods producers continued to deteriorate during July, lengthening the current sequence to 26 successive months.

A decline in output charges set by Scotland’s service providers was reported for the second successive month in July. Firms which lowered their selling prices reflected on a combination of increased market competition and a requirement to stimulate client demand. On the other hand, Scotland’s manufacturers increased their output charges at the sharpest pace for 27 months in July.

Employee numbers grew in Scotland’s service sector during July, ending a period of job cutting which has characterised 2016 so far. According to some firms, rising staffing levels reflected company expansion strategies. Meanwhile ,workforce numbers in Scotland’s goods-producing sector contracted during July. The decline in staffing levels was the fifth reported in 2016 and the joint-strongest since January. There was some evidence that lower employment reflected increased production efficiency.

Scottish business output, reflecting companies’ experience of orders for the three months ahead is now down 0.8 on the previous month at 98.2, down from 99.0 and considerably lower than the July 2015 figure of 104.4.

At the same time business optimism in Scotland, which predicts growth six months ahead, has fallen from 98.9 to 97.9 and is down from 103.3 for the same time last year. These lie approximately mid-way between the 95.0 mark on the indices – below which lies possible recessionary conditions – and 100.0 – which correlates to the UK’s trend growth rate of just over 2%.

This would indicate that the economy is poised between a potential recession and recovery.  This would suggests that the initial impact of the Brexit vote has been less severe than many anticipated.

However, the picture is much gloomier for manufacturing as the sector’s optimism sub-index dropped to a four-year low, down to 81.0 – well below the 95 mark which indicates contraction. The manufacturing sector in Scotland has been in decline for some time as the recent Scottish government figures highlighted showing manufacturing exports down 0.5% in the first quarter of this year.

But the falling value of sterling could signal better exporting conditions and offers some hope for Scotland’s manufacture ring sector, although rising inflation will also have an impact by pushing up costs. BDO’s inflation index rose from 97.9 to 99.9 this month and this is set to rise further in the coming months following the drop in interest rates. 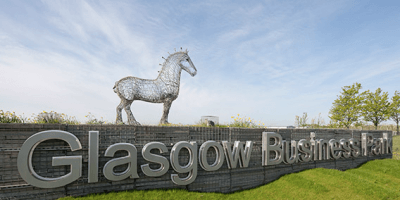