Space taken in The Registers

Carluccio’s to bring taste of Italy to city square Carluccio’s, the Italian restaurant chain, has acquired its first site in Edinburgh in one of the developments under way in St Andrew Square.

It has acquired space in the Mint Building being built at the south east corner of the square by the Chris Stewart Group.

Carluccio’s will occupy the ground floor and basement totalling 4,439 sq ft (412 per sq m) on a 25-year lease arranged through Savills. It is due to open in February 2018.

Estelle Forrester, director in the retail team at Savills Scotland, said: “It was important we found the right premises for the first Carluccio’s restaurant in Edinburgh and as a result the process has taken time.

“With the significant regeneration under way at St Andrew Square, and a number of national leisure operators already confirmed for the area, we are confident that this site will serve our client well.”

According to Savills’ recently-published Casual Dining in the UK 2016 report, gradual change in food culture, particularly since the recession, means consumers are eating out more and this is creating new opportunities for further casual dining growth across the country.

The research shows the five formats expected to be most successful over the next five years include premium fast food, all day and flexible formats, street food and pop ups, premium casual dining and third party delivery services.

Chris Stewart Group was advised by Cushman and Wakefield. Carluccio’s is actively looking for more sites in Edinburgh and Savills is solely retained on all future acquisitions in Scotland.

The Mint Building is made up of 60,000 sq ft of Grade A office space over eight floors.

It will replace a series of 19th century buildings that have fallen into disrepair following eight years lying vacant.

It will also involve the repair and enhancement of the appearance of the 1860s Venetian Gothic warehouse building located at 28 West Register Street, with the restoration of its decorative and intricate stonework, sculptures and windows. Having always been used as a warehouse/storage facility, the renovation will create a vibrant new use for the building and draw attention to its architectural qualities.

The Mint Building and 42 St Andrew Square will include 50 luxury serviced apartments and a modern office building. 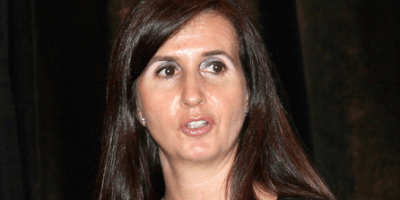 Garrett-Cox lined up to lead flotation of Gousto