The Craft Beer Clan of Scotland has formed a new brewing venture with leading craft brewer Williams Brothers of Alloa with the release of a series of whisky barrel-aged beers which have already attracted strong orders from the UK and overseas.

The company is headed by craft beer veteran Chris Miller who grew Harviestoun Brewery into one of the UK’s leading craft beer producers. Miller has more than 20 years’ experience in the sector – while managing director of Harviestoun he launched the world’s first co-branded whisky-finished beer, Ola Dubh, in partnership with Highland Park Distillery.

Miller, who is also a director of the Craft Beer Clan of Scotland and its parent company JW Filshill, has formed the venture in partnership with Scott Williams, founder and brewmaster of Williams Brothers Brewing Co, and international whisky expert Charles MacLean (right). Both played a key role in the development of the beers, with Williams tailoring the recipes to match the profiles of the second-fill whisky casks hand-selected by consultant Mr MacLean, author of 18 whisky books and whose other role includes the distinguished title of Master of the Quaich in recognition of his lifelong commitment to the Scotch whisky industry.

The beers have spent up to nine months maturing in the casks, with each recipe carefully developed to complement the character of the regional whisky casks. Fewer than 2,000 cases across the four expressions were packaged from the first batch.

“This series of four whisky barrel-aged beers shows off Scotland’s regional whisky variations, the variety and depth of beer styles plus the brewing excellence of Scotland’s craft brewers,” said Mr Miller. The second and third batches of the four brews – double the size of the first – are now maturing in whisky barrels and will be packaged later this year to meet demand.

Mr Miller confirmed that the Clan Brewing Company had already received “a healthy number of orders”, and the bulk of the beer, about 80%, would be exported, thanks to partnerships already established by the Craft Beer Clan as well as the continued support of Scottish Development International (SDI) and Scotland Food & Drink (SFD).

The venture marks another innovative and natural extension for the Craft Beer Clan of Scotland, which has enjoyed global success in the two years since its launch.

As well as some high-profile deals domestically, it has helped breweries such as Eden Mill, Keith Brewery, WEST, Wooha, Stewart Brewing, Drygate and Williams export to markets such as UAE, Hong Kong, China and Panama as well as European destinations in Switzerland, Denmark, France and Sweden.

“Another great example of product innovation”

Susan Beattie, head of food and drink at SDI, said: “This is another great example of product innovation in response to international market demand for high-quality, premium products with strong provenance credentials.

At Scotland Food & Drink, membership and commercial director Rachel Athey commented: “It is crucial that Scottish food and drink producers tap into the international market and the sterling work of Craft Beer Clan and now the Clan Brewing Company – these are prime examples of how export collaborations can work.”

Mr MacLean added: “We wanted the whisky influence to be subtle, not intrusive, rounding off the character of the beer and adding depth. The Spruce Ale, finished in ex-Islay casks, shows the most obvious influence.” 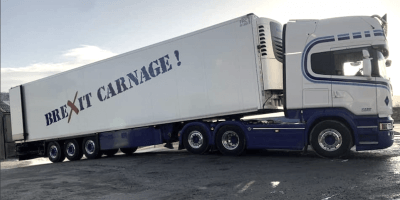