St James ready to fall as Starbucks heads for Leith Demolition work is beginning on the unloved St James shopping centre in Edinburgh with the first phase focused on the long-derelict offices in St James Square, off James Craig Walk.

No one will miss the ugly concrete edifice that scars this central part of the city and it is a wonder anyone saw anything appealing in it in the first place.

To add insult to injury, it towers over a street named after the designer of the World Heritage New Town. Just what he would have made of the 20th century architects and planners of the shopping centre, whose urban vandalism lasted a mere 40 years, is not too difficult to imagine.

A fire escape is being erected from the equally unlovely Thistle Hotel so that the bridge over Leith Street can be removed. It is likely to find a new home elsewhere in the city. Meanwhile, the centre itself is almost empty, with only one or two units still occupied. Occupants have relocated to Haddington Place, Waverley Mall, and Multrees Walk, among other places, thereby soaking up some of the vacant units in the city.

Leith Walk in Edinburgh is also seeing some major developments and Starbucks is the latest corporate business to join the mainly independent businesses along the mile-long stretch.

The US cafe chain is taking two units next to Sainsbury’s (below right) in the recently built student and retail block which stands on the site of the former Shrub Hill depot. Daily Business understands that at least one restaurant chain is interested in taking the corner unit on the building, being let by Lewis Sutton.

A roadway is to be built to access the huge neighbouring site where Places for People is expected to begin work on hundreds of affordable homes. A gym fronting Leith Walk is believed to be part of the plans.

In Haddington Place, where another student block is nearing completion, Marks & Spencer is said to have cooled on plans to open a branch of Simply Food. 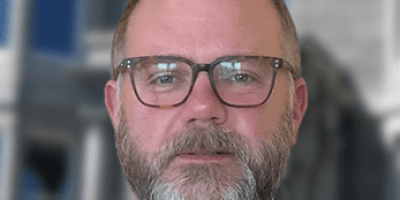