Call for cap on overdrafts

Competition watchdogs say that competitive pressures among the banks is weak as they are not being forced to work hard enough for customers.

The Competition and Markets Authority wants a cap on overdraft charges and more transparency on fees for personal and business customers.

It says it is hard for customers to work out if they are getting good value. “Bank charges are complicated and opaque and many customers think it is difficult and risky to change banks,” it says.

“As a result, nearly 60% of personal customers have stayed with the same bank for over 10 years and over 90% of SMEs get their business loans from the bank where they have their current account.

“This means that competitive pressures are weak, so banks do not need to work hard enough on price or quality of service.”

In a report on proposed reforms to high street banking the CMA unveils a series of measure which it says could benefit customers by up to £1 billion over five years.

It says it considered whether the largest banks should be broken up. But it came to the view that this would not address the fundamental competition problems. More banks with the same lack of transparency on fees and charges, “would not significantly improve the market or give customers a better deal,” it says.

One bank today said the report did not go far enough by recommending measures that would allow challenger banks to properly compete.

Among a range of measures analysed, the CMA also considered whether to get rid of ‘free if in credit’ (FIIC) current accounts.

“Even though FIIC accounts are not really ‘free’, they do work well for many customers, and banning particular products would simply take away choice and risk the overall cost of accounts rising, not falling,” it says.

“FIIC accounts are certainly not free for overdraft users, who represent nearly half of personal customers. The CMA’s proposals include new measures targeted at overdrafts, with a particular focus on users of unarranged overdrafts; in 2014, £1.2 billion of banks’ revenues came from unarranged overdraft charges.”

So the CMA also wants banks to alert people when they are going into unarranged overdraft, and give them time to avoid the charges. There are a series of measures to improve the use of technology.

There are also proposals to build a strong package of measures to deliver better banking services to SMEs.

It says: “Making it easier for SMEs to shop around and open a new current account will reduce business owners’ reliance on their personal bank when choosing a bank for their business.

“By making the prices and availability of lending products more transparent, the majority of SMEs need not, as is the case now, turn directly to their existing bank for finance without considering other offers.

Alasdair Smith, chairman of the retail banking investigation, said: “For too long, banks have been able to sit back and not work hard enough for their personal and small business customers.

“We believe the strong and innovative package of measures we are proposing will give customers the information and tools they really need to get a better deal out of the banks. They will also protect those who fall into overdraft from being stung with unexpected fees.

“New entrants into a market are an important source of competition and innovation, and we are well aware of the current barriers to challenger banks in UK retail banking.

“What’s really holding them back is their ability to highlight to customers how new offerings compare with their current deal. Our package of banking reforms will help new competitors get a stronger foothold in a market which is of vital importance to the whole economy.”

He said: “We are glad that the CMA has acknowledged that a price comparison website is not an appropriate solution for larger SME loans which need to be tailored to the individual characteristics of the business at hand.

“The CMA’s proposals to make it easier for individuals and businesses to compare and switch current accounts, should go some way to improving awareness and shopping around in the market.

“However, the fact that finding a solution when it comes to larger loans will now be passed to the Treasury who will only look to review whether the proposed remedies have worked in two years’ time, is very disappointing news for the millions of SMEs that are seeking finance to grow and who were hoping this investigation would finally deliver a solution to a problem that’s been going on for decades.

“Despite Alasdair Smith’s comments, new banks’ ability to highlight to customers how their offering compares with the current deals in the market is not the issue, but rather the fact that we face significant barriers to compete effectively against the incumbent banks.

“New banks such as OakNorth are disadvantaged by the fact that they have to adhere to the same tax surcharge and capital requirements as larger banks, despite posing no systemic risk. This coupled with a higher cost of deposits creates an un-level playing field and makes it harder for us to compete.

“We agree that the size of banks and the number of banks in the market is not the issue, but rather, the type of banks. The CMA should be working with the Treasury and the regulators (PRA and FCA) to determine what can be done to ensure more specialist lenders such as OakNorth – that are willing to offer tailored and bespoke solutions to businesses in a way that the larger, incumbent banks simply can’t afford to do – are able to effectively enter and compete in the market.”

Kevin Mountford, banking expert at MoneySuperMarket, said: “We’re pleased that the regulator has paid much-needed attention to overdrafts – for far too long a cash cow for the banks. The CMA’s proposed measures, including the introduction of a monthly maximum charge as set by the banks, are welcome and a step in the right direction.

“The regulator’s focus on improving the way banks communicate with their customers is also very welcome. If more customers are aware of the service levels they are receiving, it could also potentially improve current account switching rates.”

“With the market dominated by a small number of giant players who all behave in similar ways, and with trust at rock bottom following wave after wave of scandals, it’s hardly surprising that customers don’t feel motivated to switch.

“We need to break up the largest banks and promote new types of bank that can genuinely put customers’ interests first, such as the mutual and public savings banks that are common in other countries.

“The taxpayer-owned RBS would be a good place to start. Instead this report continues to put the onus on consumers to secure a better deal in a market that is stacked against them.” 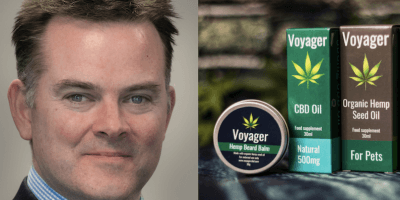