The agreement with the Radboud University Nijmegen Medical Centre, as part of a consortium, involves software used in the analysis of diseases and conditions such as Alzheimer’s.

It adds to a number of European projects which have adopted Aridhia’s AnalytiXagility platform, now used by about 40 prominent research units across the continent.

Mr Sibbald (pictured above), co-founded Atlantech Technologies and sold it to US networking giant Cisco for £114 million in May 2000. He  is executive chairman of Aridhia which he co-founded in 2007. Last year he teamed up with Edinburgh-based medial billing company Craneware to grow their business in the US. “Their resulting growth and expansion into overseas markets exemplifies the role we play in supporting innovative ideas through to successful commercialisation.”

Aridhia is expected to hire data scientists, platform engineers and project managers on the back of its success and the growth of its customer base. 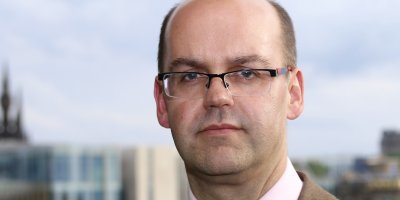