A public consultation exercise will take place this week into plans for housing on a key development site in Leith.

Cala Homes’ plans for its proposed ‘Waterfront Plaza’ development on disused land between Ocean Terminal and New St Andrews House will be presented to the public on 21 April.

Craig Lynes, Land Director with CALA Homes (East), said: “Leith has been transformed over the past 30 years, however progress has slowed. It is clear from our nearby Albert Dock development, that there is a demand for a range of high quality properties to include apartments and family homes in the area.”

The proposals are centred around a pedestrianised public realm through the development linking the Shore area to Ocean Terminal.

The plans will regenerate the area and tie-in with the proposed tram route along Ocean Drive.

A detailed planning application is expected in the summer and work on site could start in early 2017.

The development, on land owned by Forth Ports, would see the regeneration of what is currently a vacant brownfield site while providing a substantial economic boost to the local area, as well as further contribution to encourage the expansion of the Edinburgh trams project.

The development has already gained support from the shopping centre owners, Resolution Property. Dennis Jones, centre manager at Ocean Terminal welcomes the residential led proposal which he believes would support the shopping centre through the regeneration of the immediate surrounding area.

He said: “The proposed development will have a positive effect for the local region and will directly support jobs, not just in Ocean Terminal, but in the wider local area.”

The exhibitions will take place at the main entrance foyer in Ocean Terminal, on 21 April between 12-7pm 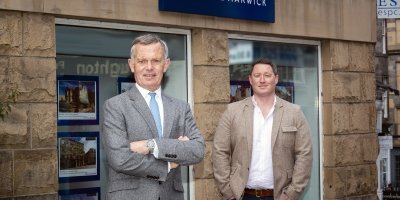