With the dramatic fall in oil prices over the past two years, the UK oil & gas industry has been asking the UK Government to provide assistance to an industry that has previously been a lucrative source of tax revenue.

Last year, when the crude oil price was around $55 a barrel, the Chancellor reduced the tax rate for UK oil production from 62% to 50%. He also reduced the rate of Petroleum Revenue Tax (“PRT”), which affects older oil fields, from 50% to 35%. This meant the effective tax rate was between 50% and 67.5%. In contrast, the tax rate for companies not producing oil in the UK was 20%.

Today, the crude oil price is even lower at around $40 a barrel and, against this backdrop, the industry has continued to highlight its concerns about the viability of many oil fields and their aging infrastructure at this price.

In Wednesday’s Budget, the Chancellor responded with a number of announcements.

Firstly, he reduced the tax rate on UK oil production by 10% to 40%, backdating it so it takes effect from 1 January 2016. Some commentators have said that this will have no impact as none of the North Sea companies will be paying tax at the moment, but it will be positive for their NPVs and, as a result, could encourage investment.

Secondly, the rate of PRT has been reduced to 0%, again from 1 January 2016. Instead of simply abolishing PRT this move allows companies to set off losses from decommissioning against PRT they have previously paid. Had he abolished  PRT, it would have prevented this – and this would have been a real concern for companies which would have to incur significant costs in decommissioning oil fields.

This should encourage new investment into the North Sea.

Additionally, the UK Government has encouraged cooperation with the Oil & Gas Authority to reduce the decommissioning costs and has said it will consider further changes to decommissioning tax relief if it will encourage the transfer of older oil fields to companies which specialise in them.

To stimulate the development of newer fields, there is the previously announced £20m funding for seismic surveys in 2016-17.

And for those assets on aging infrastructure, there is an extension of the Investment Allowance to tariff income from pipelines, which could reduce the tax on such income from 40% to 30%. The UK Government are also considering the possibility of using the UK Guarantees scheme for expenditure on infrastructure, where it is of  “strategic importance to maximising economic recovery of oil and gas”.

These measure will be welcomed by an industry that is facing its most challenging period in thirty years. However, it must be realised that tax changes alone will not be enough to save the industry.

Alistair Dunbar is an oil and gas tax specialist at PwC 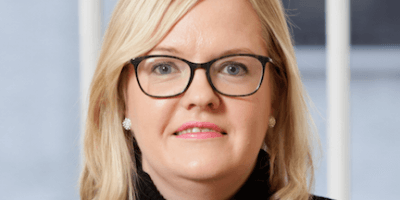 Now on his eighth Budget, it was ‘old hat’ to the Chancellor standing up toRead More