Five a side football firm Goals Soccer Centres said its search for a new chief executive and two other directors is “advanced” as it reported a “disappointing” loss and a fall in revenue.

Nick Basing has been appointed executive chairman, effective today, with Keith Edelman stepping down from the board.

As previously announced, Keith Rogers (pictured), managing director, has been appointed president of Goals US and international development and has relocated to Los Angeles.

The company said the search for a new CEO and two non-executive directors “is well advanced, with high quality candidates being considered”.

Bill Gow has taken up the role of interim managing director of the UK business. Phil Burks, non-executive director since 2010, has also notified the company that he does not intend to stand for re-election at the annual general meeting in May 2016.

During the year sites opened in Manchester and Doncaster. These centres have traded behind plan since opening. Further marketing has been implemented to build awareness and they are expected to contribute to Group EBITDA in 2016.

Because of the downturn in trading in the second half no further UK sites are being sought in the foreseeable future.

However, confidence in, and enthusiasm for the US market continues to grow. The firm has made significant progress on its US site pipeline, with one site having completed legals and all necessary consents, and another four sites at an advanced stage.

No final dividend recommended this year; with the board intending to recommence dividend payments when appropriate.

Like-for-like sales for the first nine weeks of the year have returned to very modest growth.

“I will be continuing to spearhead the ongoing review into every aspect of the business to develop a new strategy to improve performance and returns, partly based around a re-investment program to rejuvenate and grow the business.

“It is pleasing to see early signs of our work so far with a return to very modest, positive like-for-like sales in the first nine weeks this year.

“I would like to thank Keith Edelman for his contribution over the last three years.” 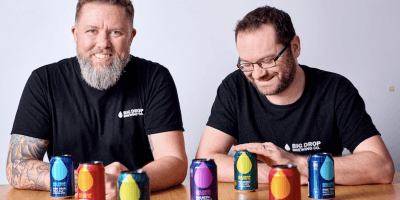