A listed building in Glasgow’s Central Business District will be transformed into Grade A office space under plans by Scottish developer Whiteburn.

It wants to turn the former Distillers House at 64 Waterloo Street into100,000 sq ft of floorspace to be known as The Still.

The development will retain the main historic elements of the red sandstone 1890s B-listed building, with an additional 14-storey structure built behind it. Bennetts Associates is the architect.

Whiteburn hopes to receive planning consent later this year, allowing the firm to start on site in 2017 for completion in 2019. The developer is being advised by JLL and Phil Reid Associates, with the former pressing the need for more Grade A office space in Glasgow.

Mike Buchan, lead director, JLL, said: “Glasgow has a thriving business community but there is a dwindling supply of top quality office space with the vacancy rate down to around 3%.

“The Still will offer some much-needed Grade A space for the city’s existing occupiers and a new generation of ambitious businesses.

“We expect this development to be extremely popular with a range of businesses. In today’s competitive business environment companies need to work hard to retain talent.”

Whiteburn’s recent projects include the Tun, a 50,000 sq. ft. multi-let building within the shell of the former breweryS&N  in Edinburgh’s Old Town. It was pre-let to the BBC with further lettings to the European Parliament and Scottish Enterprise. The development was sold to a Charities Property fund in 2007.

Whiteburn also re-assembled the former South Bridge/Cowgate fire site in the Old Town and achieved planning for a 228-bed hotel plus retail and leisure uses, making new pedestrian connections and a creating a central courtyard.

The site was developed with partners Jansons Property, who secured pre-lets to Ibis Hotels, Sainsbury and Costa and forward sold to LaSalle.

In Glasgow, Whiteburn has just completed the comprehensive refurbishment of the former RBS HQ at 100 West George St, with a restaurant pre-let to Byron Hamburgers and four speculative floors of offices now on the letting market.

It has completed the redevelopment of the former Parkview School in Dundee, creating 45 refurbished and new build flats and mews homes, the majority of which were pre-sold.

Whiteburn also recently obtained planning consent for 110 one and two bed flats within the frame of the former Dundee Commercial College campus on Constitution Road, for a B 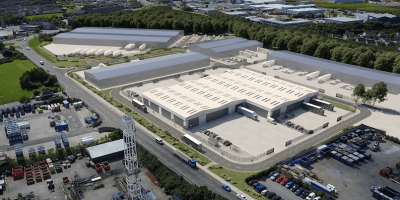