They received their funding at the annual Student Enterprise Summit hosted by the Scottish Institute for Enterprise (SIE) – the national organisation for supporting enterprise in Scotland’s universities and colleges.

From 350 entries, 30 pitched to a panel of expert judges and eight business ideas were awarded.

The top prize of £10,000, sponsored by Bank of Scotland, was awarded to University of Strathclyde Business Enterprise and Marketing graduate, Paul McGinley, for his idea Pyramid WiFi.

Pyramid is a pocket-sized WiFi box that unlocks internet connections, meaning users can access sites that limit access based on location, such as well-known video streaming sites.

He said: “I couldn’t believe it when Pyramid was announced as the winning idea. It’s great to receive recognition from such a well-respected competition within the startup scene. The prize money will be a great help towards launching Pyramid.”

Fiona Godsman, chief executive of SIE, said: “The Student Enterprise Summit is a fantastic opportunity for young people across the country to meet like-minded people and to hear the inspirational stories of successful Scottish business figures and learn how an idea can grow into a success.

Additional prizes were sponsored by Innovation Forum and Enterprise Campus.

University of Strathclyde graduate, Paul McGinley with Pyramid Wifi, winning £10,000. Pyramid Wifi is the world’s first plug-and-play unblocker; a simpler faster and more accessible way to unblock the internet and legally access subscription content from anywhere in the world.

·       SECOND PRIZE
Eurobiotix: A University of Aberdeen medicine student, James McIlroy, won £5,000 to fund his company ‘Eurobiotix CIC’, which looks to extend safe access to Faecal Microbiota Transplant preparations by creating a bank of screened and ready to use Faecal Microbiota for the procedure.

·       THIRD PRIZE
Mindmate: A team of graduates* from the University of Glasgow and University of Strathclyde who won £1,000 to fund their app ‘Mindmate’ which is designed to assist people with dementia, their caregivers and family members.

Innovation Forum ‘What IF’ Accelerator Award

Robotical: University of Edinburgh. Student Sandy Enoch, who won £1,000 to fund development of his idea ‘Robotical’ which is a lowcost robot allowing people to learn about robotics and programming. He will also get automatic entry into Innovation Forum’s national What IF competition and pitch to experts during Innovation Forum’s annual conference in Cambridge in September. The winner of the national competition could be awarded at least £30,000 of support.

·       Runner up – Andras Pal Danyi a University of Strathclyde, BA Business Studies, 3rd Year won £500 to fund his app which will allow social media creators to monitise their photos and videos in a unified and easy-to-use way.

Angela Castelano and Julie McElroy from the University of the West of Scotland. 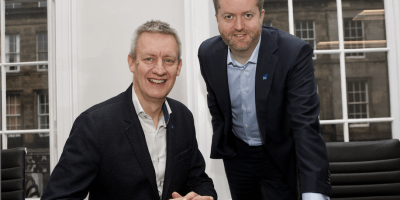 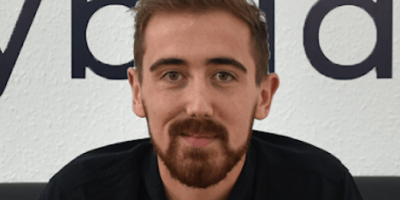