STV saw a 10% lift in profits last year despite fewer commissions which led to its production division missing its growth target.

Progress has been made in documentaries.  The 7/7 Bombing: Survivors Stories was aired on ITV and, in autumn 2015, Rollermania: Britain’s Biggest Boy Band, aired on BBC Scotland and BBC Four.

A significant strategic development partnership with GroupM Entertainment, announced in August, will provide STV Productions with scale to enter new markets and recognises the capabilities and potential of the highly talented team who are focused on delivering growth and continuing to build a leading content production business of scale.

Revenues secured so far for delivery in 2016 are above the level achieved for the whole of 2015 and the business has a strong pipeline of development activity.

It said a significantly enhanced online STV News service will launch in this quarter.  Investment has also been made in extending the STV Family through the growth of City TV.

It said it continues to hold the position as Scotland’s most watched commercial channel and, for the sixth consecutive year, achieving a peak-time audience share in excess of the network, tracking 0.2 share points ahead.  STV reached 3.6m viewers per month and showed 44 of the top 50 most watched programmes on commercial television. The second of the City TV services, STV Edinburgh (above), was launched in January 2015 and across the year both City TV services achieved an average monthly reach of 30% of the available audience within their transmission areas.

More than a fifth of earnings have been derived from non-broadcast activities representing significant progress over the past five years when these activities represented only 11% of earnings.  This is behind the KPI target but reflects a stronger and more resilient core business than was forecast. Diversification to rebalance the business remains at the heart of the growth strategy for 2016 and beyond.

STV said growth of the non-broadcast business has been driven primarily by the continued development of the digital business.  This has now evolved into a core area of activity, delivering significant growth in revenues, up 25% year on year to £6.6m (2014: £5.3m), and operating margin ahead of target levels with 48% achieved (2014: 32%).

Due to below target commissions and deliveries for STV Productions, the two KPI targets for the business were not met.

It said the recommendation made by Digital UK that the City TV channels should be able to move to Channel 8 on Freeview, following the move of BBC Three online, is welcomed.  It expects a decision on DUK’s consultation process in the next week.

Licences have been secured to deliver three additional services, in Aberdeen, Ayr and Dundee, and the launch of these is planned for early 2017.  The City TV business remains on track to break even in 2017.

The enhanced STV Player, which includes ‘watch live’ functionality, has continued to drive engagement and increase reach during 2015.  Long form video streams have increased by 14% and engagement levels continue to grow, with average time spent per user per day, up 15%.

STV national airtime revenue is expected to be down 2% in Q1, slightly behind the broader television market. The regional market has performed strongly in Q1, up 32% year on year.

Digital revenues are up 25% in Q1 and this rate is expected to be maintained in the year ahead. Rob Woodward (right), chief executive, said: “2015 returned a good performance for the group with operating profit above £20m for the first time in eight years generating steadily growing returns to shareholders and reducing net debt to its lowest level since the mid 1990s.

“Our investments and focus have put us in a strong position to deliver organic growth in the future and the increasing diversity of earnings improves the security of returns for our investors.” 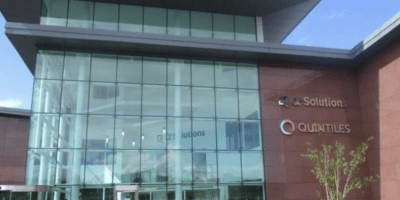