Investment in commercial property across Scotland fell by 11% last year to £2.12 billion, against a rise across the UK, although overseas investors continue to see value in the market north of the border.

New figures from property consultancy Lambert Smith Hampton (LSH) said there was also a 53% drop in the number of deals in Scotland, from 36 in the last quarter of 2014 to 17.

Ewen White, director of capital markets at LSH in Glasgow, believes the political landscape in Scotland during 2015 impacted on the marketplace: “It is difficult to draw comparisons with 2014 due to the Independence Referendum and its impact upon the transactional market here in Scotland.”

On a positive note, the report found that overseas investors continue to see value for money in the Scottish market and dominated activity with £323m invested in the fourth quarter.

At £142m, hotels, leisure and other specialist accommodation, accounted for almost a third (32%) of the total invested. Mr White (right) said: “A recurring theme during 2015 has been the numerous new entrants to the Scottish market who have identified the opportunity to acquire stock at a significant discount to the English regions. We expect this trend will continue.”

While the Scottish Q4 figures dropped, the research reveals investment in commercial property across the whole of the UK has risen. The total figure of £64.3bn for 2015 is 4% up on the previous year, and a new annual record.

The overall UK performance was bolstered by a strong end to the year, with investment between October and December reaching £15.7bn, 23% higher than in the previous quarter.

Buoyant demand for alternative assets – such as hotels, student accommodation and healthcare – was a key driver of activity during 2015, with investment increasing to £14.8bn over the year, 53% above 2014’s total.

Overseas investors were instrumental to the record year. Inflows from foreign buyers rose by 9% year-on-year and accounted for a record 50% share of total UK volume. North America was the dominant buyer, making up 46% of overseas investment.

In addition, the latest edition of Lambert Smith Hampton’s UK Investment Transactions report reveals record investment into portfolios of £17.8bn over the course of the year. This was double the ten-year average and almost 25% greater than 2014.

Investment in London reached £26.9bn, 4% higher than in the previous year. Although volumes for individual assets located outside of the capital were lower than in 2014, healthy appetite for portfolios confirms that investor interest in regionally located stock remains very strong.

Speaking about the UK figures, Ezra Nahome, chief executive of LSH, said: “The commercial property investment market enjoyed a stellar 2015 and the outlook for the year ahead remains positive.

“Following a two year run, yield compression is easing and the prospects for further downward yield movement, particularly at the prime end of the market, are looking more limited now. We expect returns to reach 9% in 2016, down from 13% in 2015 (as we correctly predicted at the start of last year) but still well above the historic average.

“With rental income returning as the main driver of performance, pro-active asset management initiatives, such as investment of capex into office refurbishments in areas with few vacancies, are likely to offer the best prospects for investors. This means that knowing your market, almost at a building-by-building level, and understanding the dynamics of each locality, will be more important than ever.

“If anything, political developments arguably pose the greatest risks to the market. A period of uncertainty in the run-up to the UK’s referendum on the EU, coupled with a sense that some of the value has gone from the market, may weigh down investment activity.

“However, while 2015’s record annual volume is unlikely to be repeated this year, we should see activity to remain well above the recent average.” 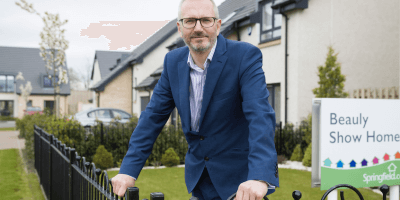 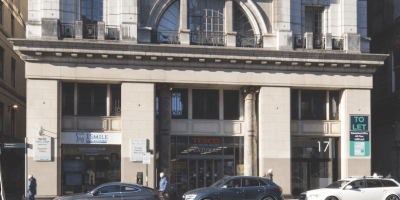