A top grade office block was launched at a reception for the property sector last night using the latest technology to showcase the facilities.

Software developed by Glasgow-based Soluis enables visitors to see how the rooms would look by simply holding a tablet device over a map on the floor.

The screen turns the floor plan into 3D, and when the tablet is pointed at the room it indicates how it would look when filled with desks and other furniture.

Greg Williamson, senior creative consultant at Soluis, attended the event and said augmented reality has the potential to be bigger than virtual reality.

The £5.5 million refurbishment of 40 Torphichen Street was overseen by Stewart Rutherford of Trident. Robertson Group was the contractor and it was designed by Michael Laird Architects.

It comprises 54,369 sq. ft. of Grade A open plan office space over seven floors. The development, by Triuva, is being jointly marketed by Montagu Evans and JLL. There has been interest from a number of potential tenants. 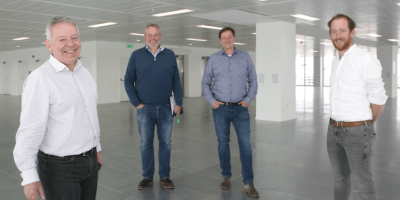