Most companies fail to take sufficient action to ensure they hold on to their most talented staff, new research has revealed.

Less than a third of mid-sized companies have a structured approach to retaining these employees, despite the high cost of replacing them.

In a study by KPMG of 223 leaders of mid-sized companies (with a turnover of between £10m to £500m), only 29% of businesses described their approach to talent retention as “formalised”.

The study was published in advance of KPMG’s latest leadership event in Glasgow next week, which will explore what makes top talent stay and how to engage with staff to deliver growth.

According to KPMG’s research, nearly eight out of 10 companies said they carried out annual career development reviews with staff, while seven out of 10 said they actively encouraged open and honest communication between line managers and employees. Yet the statistics rapidly dwindled when it came to the use of more in-depth techniques.

For example, fewer than half (49%) actually trained managers to manage their staff effectively and a similar number (46%) offered non-financial incentives to staff. Less than one-third (30%) attempted to capture and analyse key performance indicators relating to talent.

Phil Charles (pictured), KPMG’s head of enterprise in Scotland, said: “Despite the fact that many of our clients frequently complain that they are engaged in a “war for talent”, these results show that mid-sized companies are a lot less systematic than larger businesses in their approach to talent retention.

“Talented people take time and cost money to replace. So by not adopting more formalised talent management strategies, companies are almost fighting this war with one hand tied behind their back.”

He added: “Employers generally like to think that staff members have been lured away by competitors. For employees, however, the number one reason for moving on is to seek better career opportunities – and interestingly, trust in leadership and how often they feel appreciated are also more influential drivers for exit than many employers realise.” 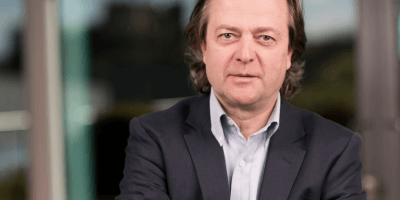