‘Cookies are a thing of the past. We can do things a whole lot better’ Picking a fight with the big boys often ends in a few tears. Marcus Brook, however, is not afraid of a challenge and has thrown down the gauntlet to the biggest of them all.

His AdAppTive advertising platform is a direct challenge to the might of Google, as of this week the world’s largest company. If that makes him David against the US firm’s Goliath he also believes he has enough shots in his sling to at least land a blow on the giant.

Brook has developed a means of collating data and targeting advertising more accurately in a way that can overcome one of the weaknesses in Google’s armoury. The search engine is reliant on cookies monitoring the behaviour of PC users through their browsers. But an increasing volume of internet traffic now bypasses browsers and is done via, for instance, apps. Cookies do not measure this usage and so is no longer a reliable means of targeting advertising. Brook says AdAppTive solves this problem.

“We have a software platform that puts the right advert in front of the right person, at the right time,” he says. “In an age where more than half of all page views are made on smartphones, rather than PCs, AdAppTive makes cookies a thing of the past. We can do things a whole lot better.”

The focus of all this is the publishing industry which, he says, is losing out on the vast majority of the revenue to be earned from digital advertising, a market worth £6.6 billion.

Despite the transition of advertising from print to digital, the old rules and processes remain the same. By the time the advert has gone through advertising agencies, media buyers, and other filters, it reaches Google and is then positioned with the publishers who currently take just £690 million of that pie, or just 10% of the total available. Google, on the other hand, helps itself to £3.2bn.

Brook spells out the problem for those fighting for their share. “Publishers are just not getting a good deal from digital advertising. They are losing out on 90% of the revenue,” he says.

His company, Red Fox Media, based in Leith, has secured £1.4 million, including a recent round of £420,000 from existing angel investors, ESM Investments and the Scottish Investment Bank. ESM’s David McIntosh speaks highly of the technology and says the ESM syndicate is “following their money”. The chairman is the serial entrepreneur and investor Ian Ritchie.

Apart from targeting apps, the company has aggregated user behaviour by collating information from numerous data companies. It provides the advertiser with a much more accurate measure of who is seeing the advert.

Brook says: “Cookies monitor devices, not users. A device can be shared with someone else. Searches on browsers can also be very brief – nano seconds – as someone flicks from one to another. When someone goes to an app they have chosen what they want to see and they will stick on it for longer.”

Brook’s new platform may be in its infancy, but he is now a veteran of the software industry and regarded as one of the sector’s brightest thinkers.

He was a co-founder of Data Discoveries, still based nearby, but left in 2009 in a dispute over the direction of the company which was later sold to GB for about £1m, plus cash in the bank. He held 17%. “I did all right,” he says.

He parted with the company convinced that digital was the way forward and it happened to be the year the iPhone was launched by Apple and went on to transform the way everyone accesses information. Brook knew it was a time to start seeing the market differently.

For years he has been interested in disruptive technologies, and has been recognised for his innovations. He is a past Ernst & Young Entrepreneur Of the Year finalist and was twice named a Deloitte & Touche Fast 50 winner.

Sadly, he was dealt a cruel blow when one day he lost the feeling in one of his legs and was rushed to hospital. He had suffered a spinal stroke and has been confined to a wheelchair ever since. For someone who had been physically active, it was difficult to accept.

“It was 29 September 2014,” says, the date forever branded into his memory. “I just thought I had extreme indigestion, but I fell out of my chair and my leg was numb. The day before it happened I had ridden 40 kilometres on my mountain bike. The day before that I did 120 miles on a motorbike.”

He says there has been some return of feeling, but he knows it is unlikely he will ever walk again. It has been particularly devastating for someone who, at 6ft 5 inches, lived an active life and whose LinkedIn entry still lists his interests as mountain biking, trials, enduro, golf and skiing. Losing his mobility brought on depression and he admits he did not know if he could cope.

“This was my time, mid forties, two young boys. I was supposed to be going out cycling with them. Instead I was looking for someone to blame for what happened to me without any warning,” he says.

He has become a user of para golf wheelchairs, and similar devices that have enabled him to return to active sport, including skiing.

Business, friends and family have helped get him through the low times, as did the staff and other patients at the Glasgow spinal unit.

“Everything they say about nurses is true, and Glasgow nurses in particular,” he says. “Their humour is just fantastic.” People accepting the status quo, the fear of change in a world of constant change.

Who has had the most influence on you?

Simon Worth, who I worked for in London. He taught me how software works. 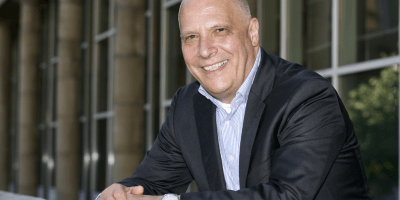 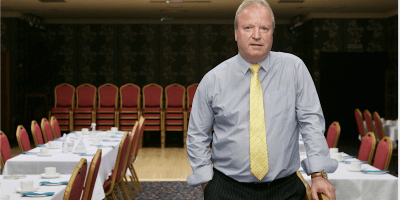