Thousands of middle earning Scots could see a big reduction in their income tax bill under proposals in a new report.

An independent commission is suggesting a new 30% tax band to ease the transition between 20% and 40% as workers see their earnings rise.

The idea is among a number of tax changes put forward by the commission, including abolition of the Scottish government’s recently introduced land and buildings transaction tax (LBTT) – which replaced stamp duty – and the ending of the freeze on council tax.

Sir Iain McMillan (pictured), who chaired the commission, said the overall conclusion of the year-long inquiry was that higher taxes have a negative impact on the economy. Taxes should be not be higher than the rest of the UK, and should be lower, “when they were affordable.”

The commission suggests a new band between 20% and 40% and while 30% was mentioned, Sir Iain stressed that it was for the politicians to set rates and thresholds. He could not say how many tax payers would be embraced by this rate, or exactly what its impact on the public finances would be.

However, the 30% rate would start at the current 40% level so that more “aspirational” people would pay less tax, and would also find it easier to make the transition to a higher band as their earnings rose.

He said the number of income tax rates varied, from three in Germany to six in the US.

The proposals come ahead of new tax powers being introduced to Scotland from 2017 and Sir Iain, the former director of CBI Scotland, hoped the politicians would give them close attention.

He said pressure was building to unlock council taxes. “The evidence shows that to continue to freeze council tax is not a viable option,” he said, arguing that while he expected councils to act responsibly there should also be a cap on any increase.

“We don’t think councils will raise taxes in the way they did in the past when they went up by more than inflation and average earnings. But we do think there needs to be some sort of sensible limit.”

The Independent Commission for Competitive and Fair Taxation in Scotland also supports the idea of scrapping air passenger duty – the tax paid by travellers – and its replacement with a more competitive “departure tax”.

On the new property tax, he said: “LBTT is unfair and over the long term should be abolished, nor is it producing the income expected.”

He said the commission dismissed the idea of a local income tax as “too bureaucratic and expensive” because it would potentially lead to 32 local authority tax codes. “It would be unmanageable and it is not something the commission could endorse.”

On business rates, the commission recommends more frequent valuations, fewer assessors and a freeze on the rate, but did not suggest any replacement. Sir Iain said a number of business organisations has spoken of their concerns over business rates but none had suggested an alternative system.

But the income tax proposals are likely to attract most attention as they would mark a significant change in structure to the existing bands levied by Westminster.

Sir Iain said that with the “escape hatches” of the Barnett Formula about to “slam shut” it was imperative for Scotland to grow its economy and gets its tax system in good order.

Although the commission was set up at the instigation of the Scottish Conservative leader Ruth Davidson, Sir Iain insisted it was independent of party and that he would be briefing them all on its recommendations. 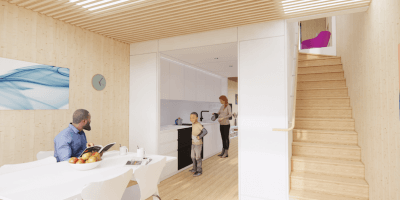