The producer of the Old Pulteney, Balblair, anCnoc and Speyburn single malt Scotch whisky brands has increased capacity for maturation by 20% in order to expands in markets such as India, Kazakhstan and Poland. It launched a number of brands in India last year.

The company built12 warehouses, increasing its total capacity to more than 600,000 casks. An additional 20,000 have been filled and stored in these new warehouses.

Managing Director Graham Stevenson said: “Our brands performed well in 2015, growing and laying the foundations in many new international markets.

“We anticipate further opportunities and this growth will be underpinned in the coming years by the increased capacity, in terms of production and maturation storage, created as part of our investment programme.

Mark Hull, relationship director at Bank of Scotland, said: “Whisky exports remain buoyant, at over £4 billion annually, despite various uncertainties, and remains the UK’s second strongest contributor to national trade performance.  The long term view for Scotch whisky remains the same despite some global challenging dynamics in key global powers such as Russia.” 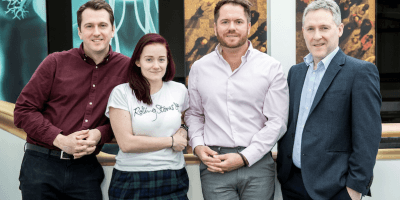