Divorcees will no longer inherit automatically from their former partner under changes to succession laws.

A Bill to reform the legislation, including the effects of divorce, dissolution or annulment on a will, has been passed by the Scottish Parliament.

The Succession (Scotland) Bill is the first significant reform of succession in more than 50 years.

The changes mean once a marriage or civil partnership goes through divorce or is annulled, the ex-spouse/civil partner will no longer be able to inherit unless the will makes specific provision for them.

Minister for Community Safety and Legal Affairs, Paul Wheelhouse, said: “The law of succession affects society as a whole and this Bill, which makes the first significant changes to succession in over 50 years, ensures the law is fairer, clearer and more consistent.

“Dealing with the death of a loved one is clearly a distressing and emotional time for any family and it is important that the law is modernised to make dealing with succession issues as easy and straightforward as possible for individuals and families.

“We were also pleased to have the chance to protect beneficiaries of small estates from being obliged to instruct a solicitor which could severely diminish or even drain a small estate.”

Until now, when a person whose relationship has gone through divorce, dissolution or annulment dies – and their will makes provision for a spouse or civil partner – they will be treated as if still married/in a civil partnership at the time of death and the surviving ex-partner will inherit.

The Bill implements a number of recommendations made by the Scottish Law Commission in their Report on Succession 2009. Remaining recommendations including intestacy, disinheritance and cohabitation – all based on the removal of the distinction between heritable and moveable property – have recently been consulted on and the Scottish Government is considering these matters to be taken forward in separate legislation.

• Closes a number of jurisdictional gaps to ensure the Scottish courts have jurisdiction where the applicable law is Scots law;
• Reforms estate administration by installing protections for trustees and executors in certain circumstances and for people acquiring title in good faith;
• Reforms other matters including the abolition of donations mortis causa (a gift in prospect of death) and the right to claim the expense of mournings.

Where there is no will, and the estate is valued below a certain sum, a non-spouse must obtain a Bond of Caution to access the estate. The bond, provided by an insurance company, protects beneficiaries and creditors of an estate against the wrongful claim of an executor. The Bill removes the requirement to obtain a bond of caution from small and uncontentious estates. 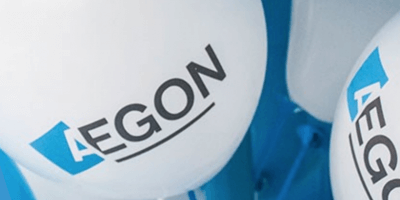